Rigoletto: An Opera in Four Acts 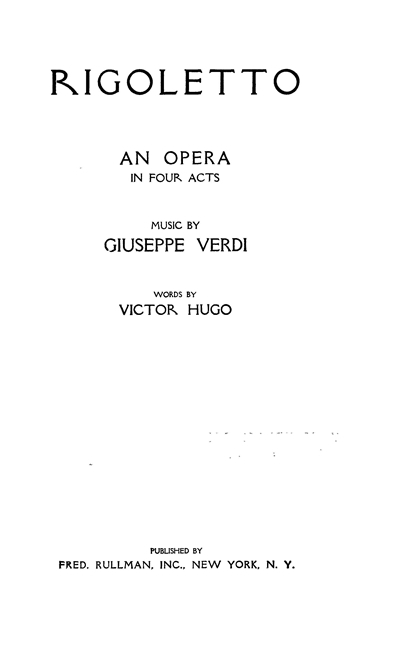 Jealous courtiers decide to play a trick on the court jester, Rigoletto, who has been mocking them for being the victims of the Duke’s seductions. However, Rigoletto’s own daughter Gilda has also been wooed by the Duke. The courtiers have her abducted, Rigoletto pays an assassin to kill the Duke for seducing Gilda, but it is she who is killed instead.