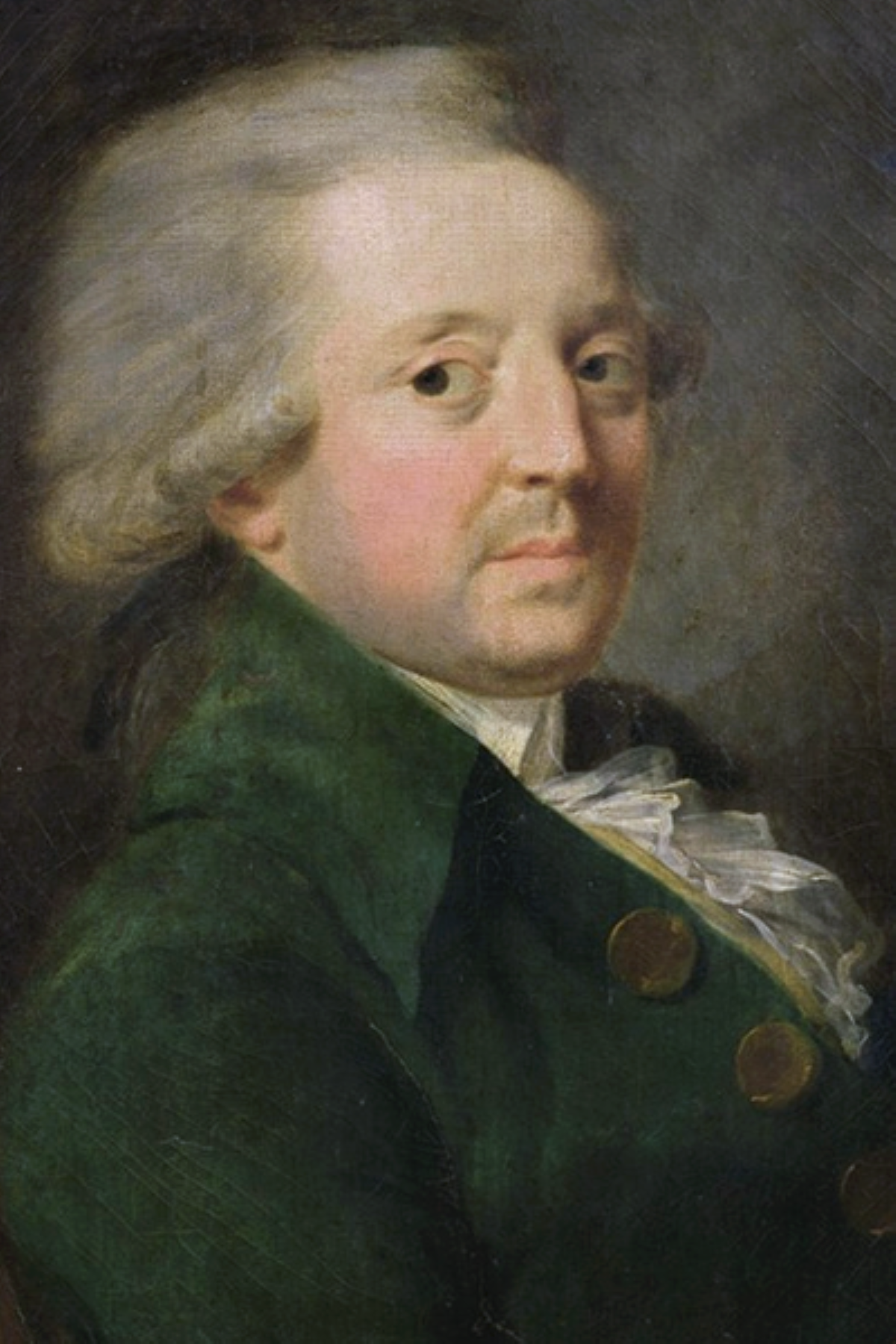 September’s featured birthday anniversary belongs to Marie Jean Antoine Nicolas de Caritat, The Marquis de Condorcet, usually referred to simply by his title, or sometimes as Nicolas Condorcet.  Sometimes called “the Last Witness of the Enlightenment” or “the Last Philosophe,” he was also a pioneer of the emerging social sciences.

Condorcet was born into a very old aristocratic family in the Dauphiné region of southeastern France on September 17, 1743.  His father died when he was very young, and his mother raised him as a girl until his ninth birthday.  From childhood he exhibited a talent for mathematics, and he initially found fame in that field.  He published path-breaking papers on integral calculus in 1765 and 1772, and was elected to the Academie Royale des Sciences in 1769.


In 1772 he met and befriended Anne-Robert-Jacques Turgot, the Finance Minister.  This relationship changed his life, as he turned his attention away from mathematics and toward what would now be called social science. He came to believe strongly in the importance of human rights, and argued that by applying mathematical principles to social and political institutions, in a process he called “social arithmetic,” it was possible to produce a society of rational, prosperous, and democratic people.  He became a strong advocate of free trade and constitutional government, as well as an exceptional advocate for female emancipation and women’s rights.  His most noteworthy contribution to the latter, was his publication in 1790 On Giving Women the Rights of Citizenship.  His main argument, quite radical for the time, was that women were not naturally intellectually inferior to men, and therefore that they had the same natural rights, and thus the same political rights.  His belief in natural rights theory extended also to equality among the races, and he joined the Society of Friends of the Blacks, which agitated for the abolition of slavery and in 1781 published a pamphlet, “Reflections on Negro Slavery,” in which he condemned slavery.


In 1774, Turgot appointed him Inspector General of the Paris Mint.  Through his connections with Turgot, and by virtue of his publications, he was inducted into most of the scientific academies of Europe and North America, and got to know many of the leading scientists and philosophers of the time, including Benjamin Franklin. In 1785, he published one of his most important works, Essay on the Application of Analysis to the Probability of Majority Decisions.   It includes explications on a number of aspects of majority voting, such as in jury decisions and democratic elections.  Taken together, these insights are known as the “Condorcet Method.” In 1786, Condorcet wrote a biography of Turgot, considered by some to be his best work from a purely literary point of view.


In 1786 he married Sophie de Grouchy (1764-1822) a woman well known at the time for her beauty and sophistication.  Like Condorcet, she was a strong proponent of liberal and secular ideas, and had translated Adam Smith and Thomas Paine. She became famous for her salon, which attracted not only many of the most noted thinkers in France, but was also frequented by notable foreigners such as Thomas Jefferson, Thomas Paine, and Cesare Beccaria.


Condorcet was an enthusiastic supporter of the revolution in 1789, and quickly was elected the Secretary of the newly established National Assembly.  He was an early advocate for the establishment of a republic, though he argued against the execution of King Louis XVI in 1793.  In the meantime, he had been elected to the National Convention of the newly established French Republic in 1792, and was appointed to the committee formed to write a new constitution.  While he was never a member of any party, his sympathies were clearly with the Girondins, and the completed constitution was in fact known as “La Girondine” because of the preponderance of Girondists on the committee.  The Jacobins, who by then dominated the Convention, refused to accept the new constitution and promulgated one of their own in June 1793.  Condorcet’s sympathy with the Girondins had already aroused the suspicions of the Jacobins, and he did not help matters when he issued a scathing denunciation of their new constitution.  The Jacobins moved to arrest him, and Condorcet narrowly avoided capture.  He hid out for five months in the house of a friend, visited regularly by his wife.


While in hiding he wrote one of his most remarkable works, Sketch for a Historical Picture of the Progress of the Human Mind (published by his wife in 1798) sometimes considered one of the major works of Enlightenment social science.  As the title suggests, it presents the history of human civilization as a story of scientific progress, accompanied by advances in wealth and freedom.  It postulates a future world governed by rational scientific principles, in which the world’s population is free, prosperous and peaceful.  Considering the circumstances in which he wrote it, it is a remarkably optimistic view of the future of humanity!


By March 1794 he feared that his hideout was about to be discovered and so decided to take a gamble that he could escape from France.  He made it out of Paris, but was soon captured and  imprisoned in the Paris suburb of Bourg-la-Reine.  Two days after his imprisonment he was discovered dead in his cell on March 29, 1794.  The cause and circumstances of his death remain a mystery to this day.  There is some evidence that he committed suicide with poison smuggled to him by a friend.  There are other arguments that his guards murdered him on the orders of the Committee of Public Safety, who worried about executing him publicly given his wide popularity and international fame.  He was buried in a common grave by the prison, and his remains were subsequently lost during the nineteenth century. An empty coffin bearing his name was placed in the Pantheon in Paris in 1989, the bicentennial of the Revolution.