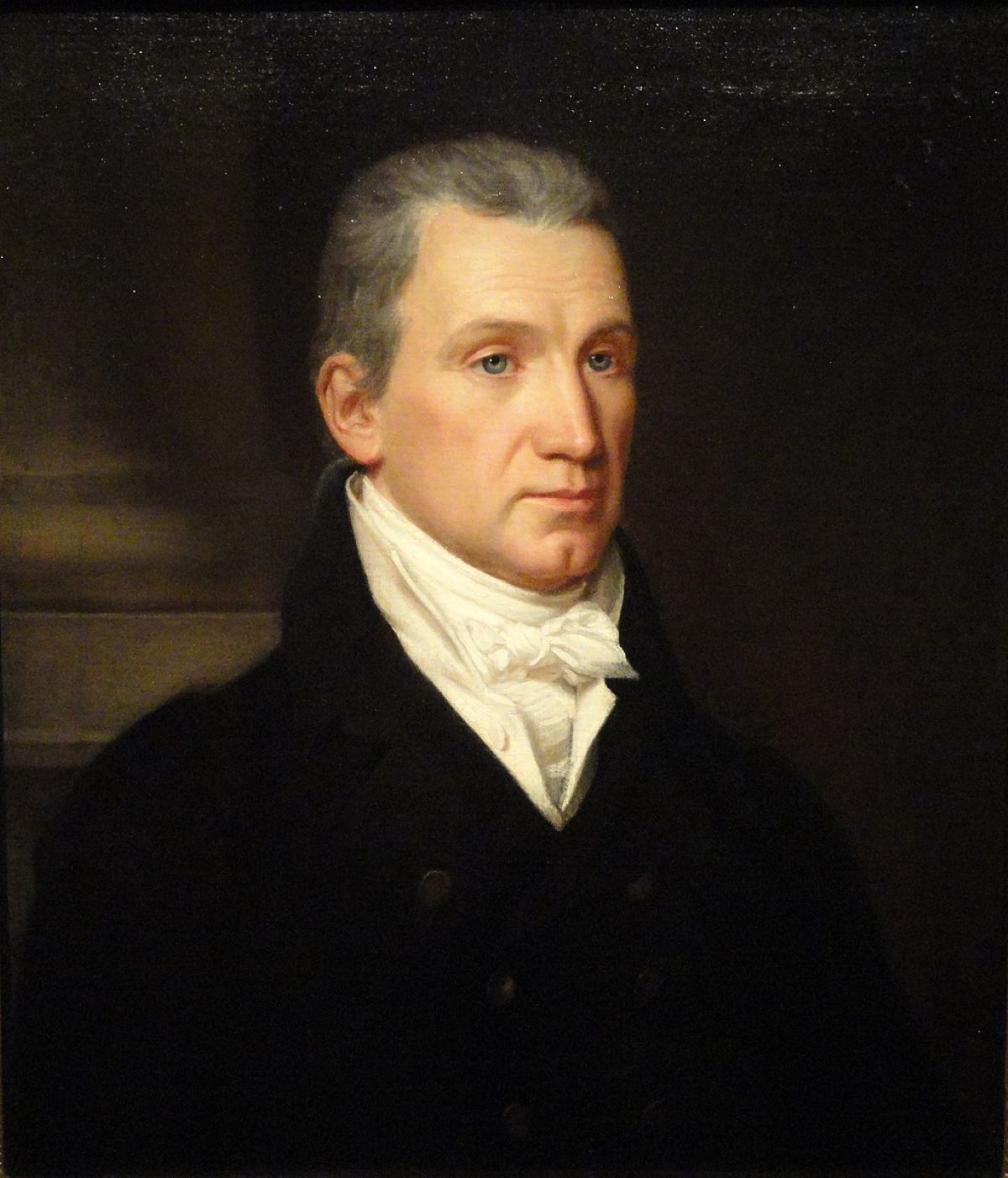 Although James Monroe didn’t sign the Declaration of Independence, he is remembered as a crucial part of American History: the last of the “Founding Father” presidents. Beyond the doctrine named after him, Monroe is also known for presiding over the Era of Good Feelings, and increasing the geographic boundaries of the United States, while remaining ambivalent of the government’s power to do so.

James Monroe was born on April 28, 1758, in Westmoreland County, Virginia. At age 16, Monroe enrolled at the College of William and Mary to study law, but when the American Revolution began, he decided to pause his studies. He and several classmates raided the arsenal of the British royal governor, taking weapons and supplies that they gave to the Virginia militia. After he joined the Continental Army, a battlefield injury to his shoulder left him nearly fatally wounded in the Battle of Trenton.


In 1780, Monroe left the military to study law under the tutelage of Thomas Jefferson. Monroe grew close to Jefferson, becoming his political protégé. In 1782, Monroe was elected to the Virginia House of Delegates, and spent much of his time arguing for the right of the United States to navigate the Mississippi River which was currently under control of the Spanish. In 1785, he attempted to give Congress the right to regulate commerce and was in partial support of James Madison’s attempts to create a Constitution. Yet, following the 1787 Federal Convention, Monroe joined the anti-federalists in attempting to oppose ratification, in large part because the Constitution lacked a Bill of Rights.


In 1790, Monroe was elected to the Senate, where he opposed George Washington’s administration as a de facto leader of the anti-federalist party. Despite this antipathy, Monroe was chosen to be Washington’s Minister to France, using his influence to win the release of Thomas Paine and Adrienne de Lafayette and winning French support for U.S. navigation rights on the Mississippi River.


Monroe was later appointed by Jefferson to be aide to his Minister to France, Robert R. Livingston, to help purchase the mouth of the Mississippi River. Upon realizing that Napoleon was eager to part ways with the entire province of Louisiana, however, they purchased the entire territory without consulting Jefferson.


In 1812, Monroe lost the presidential election to James Madison, who subsequently picked Monroe to become his Secretary of State. In 1814, following the razing of the U.S. Capitol and White House, Madison tapped Monroe to be his Secretary of War. In command of the war efforts, Monroe commanded General (and future president) Andrew Jackson to defend against an attack on New Orleans.


When Monroe sought out the presidency in 1816, he was the natural heir to Madison and swept his party to electoral victory. This early part of his presidency was dubbed the Era of Good Feelings because of the favorable peace terms and the booming economy. One domestic priority was the purchase of Spanish-held Florida for $5 million. This may have led to the Panic of 1819, as speculators borrowed large amounts of money to buy land to sell to settlers.


Northern States began banning slavery during Monroe’s presidency, whereas Southern states saw it as essential to their economies. One touchstone of this conflict was Missouri. The North wanted it to be free, whereas the South wanted it to be a slave state. The Missouri Compromise pushed the issue down the road, allowing Missouri to join as a slave state, alongside Maine, so that the balance of power wouldn’t shift, but also outlawing slavery above 36°30’ North. Although Monroe personally believed slavery was wrong, he insisted that any attempt to promote emancipation would cause further problems. He saw slavery as a fixture of southern culture and worried that attempts to abolish it could result in racial warfare.


In 1820, Monroe ran unopposed. With the help of John Quincy Adams, he formulated the Monroe Doctrine, an address declaring the end of European Colonization in the Western Hemisphere. This aimed to forbid Europe from intervening in the American continent and promised that America would stay out of European conflicts. This foreign policy was well received and encouraged more states to enter the Union.


Monroe exemplifies the philosophy of pragmatism. Many challenges and competing conceptions of the good took place under his presidency. Despite his personal opinions, Monroe remained narrowly focused on compromise and growing the economy through land purchases, transportation reform, and avoidance of foreign conflicts. His legacy can serve to remind Americans that there can be a middle way, but that it can struggle to deal with the deeper problems society faces.