The Paranoia of Patrick Henry 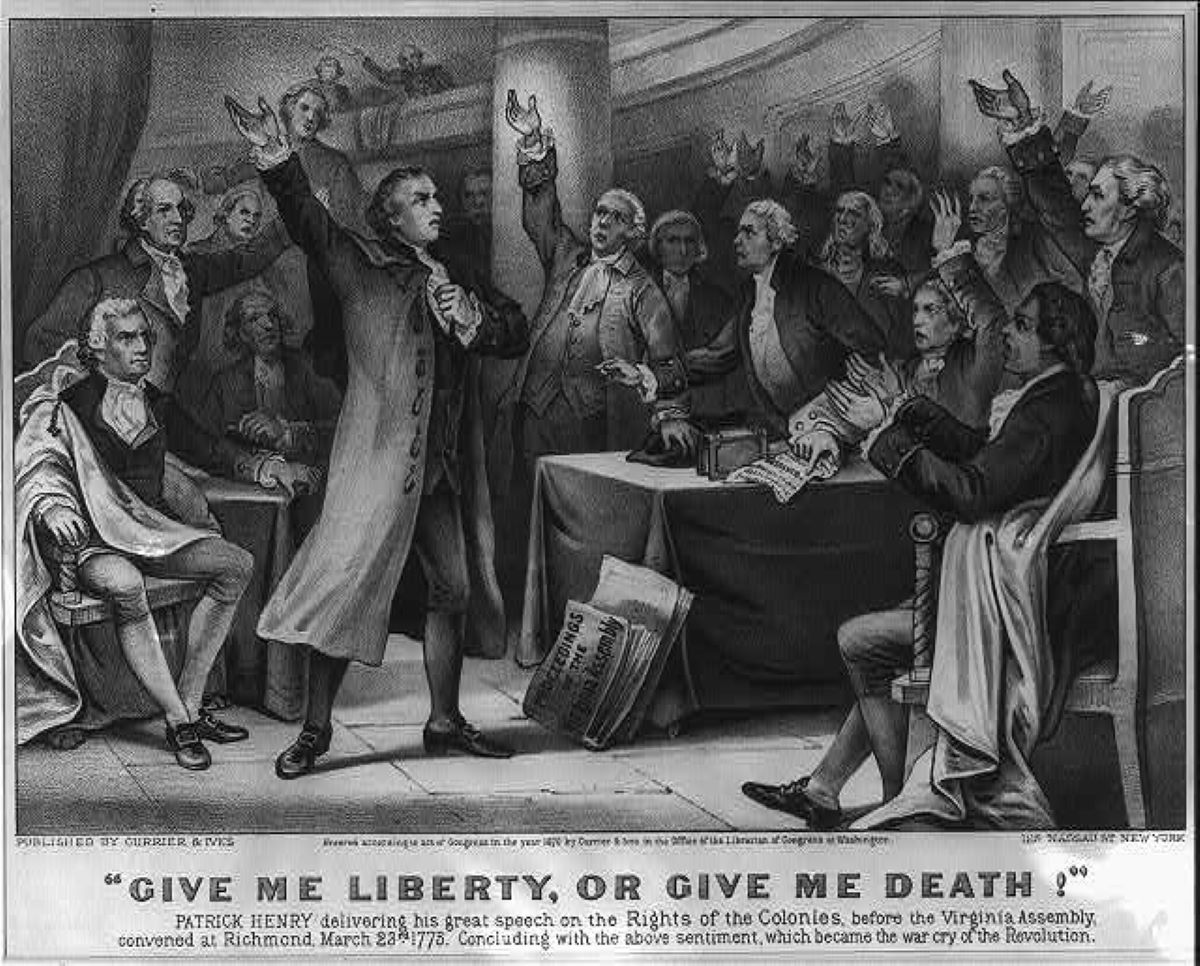 “Guard with jealous attention the public liberty. Suspect everyone who approaches that jewel.” Those are the words of Patrick Henry to the Virginia Ratifying Convention in 1788.


He feared that the Constitution would set another tyrannical government into motion. Henry imagined the worst-case scenario for someone given the powers of president of the United States:


“Can [the President] not at the head of his army beat down every opposition? Away with your President, we shall have a King: The army will salute him Monarch; your militia will leave you and assist in making him King, and fight against you: And what have you to oppose this force? What will then become of you and your rights? Will not absolute despotism ensue?” It is noted in the manuscript that the stenographer could not keep up with the torrent of terrible possible consequences that Henry was shouting about concerning a chief executive.


Most of his apocalyptic scenarios have not happened … yet. What inspired me in his speech was his energy more than his arguments. As much as he praised the American spirit of the past that ousted British rule, he was not complacent. He models a kind of patriotism that embraces an American project without holding to any fantasies about the morality of particular American leaders or soundness of American institutions. He would not have been disillusioned by the scandals and crimes of the American political class. He anticipated it.


Reading Henry, or at least what recordings we have of his speeches, indicates that the American project has been tumultuous from the first years. Something we should not be worried about is turbulence. On the contrary, complacency would seem to be one of the forces to be afraid of. Worst-case scenarios for any foreign venture, social-media platform, or health mandate should be considered and debated openly. If a political post on social media is inflammatory, that is not necessarily a bad thing or a negative sign for democracy. Patrick Henry would have been outrageous on Twitter.

I am not even American, but every word of Patrick Henry has proven to be absolutely True. This is mind boggling.