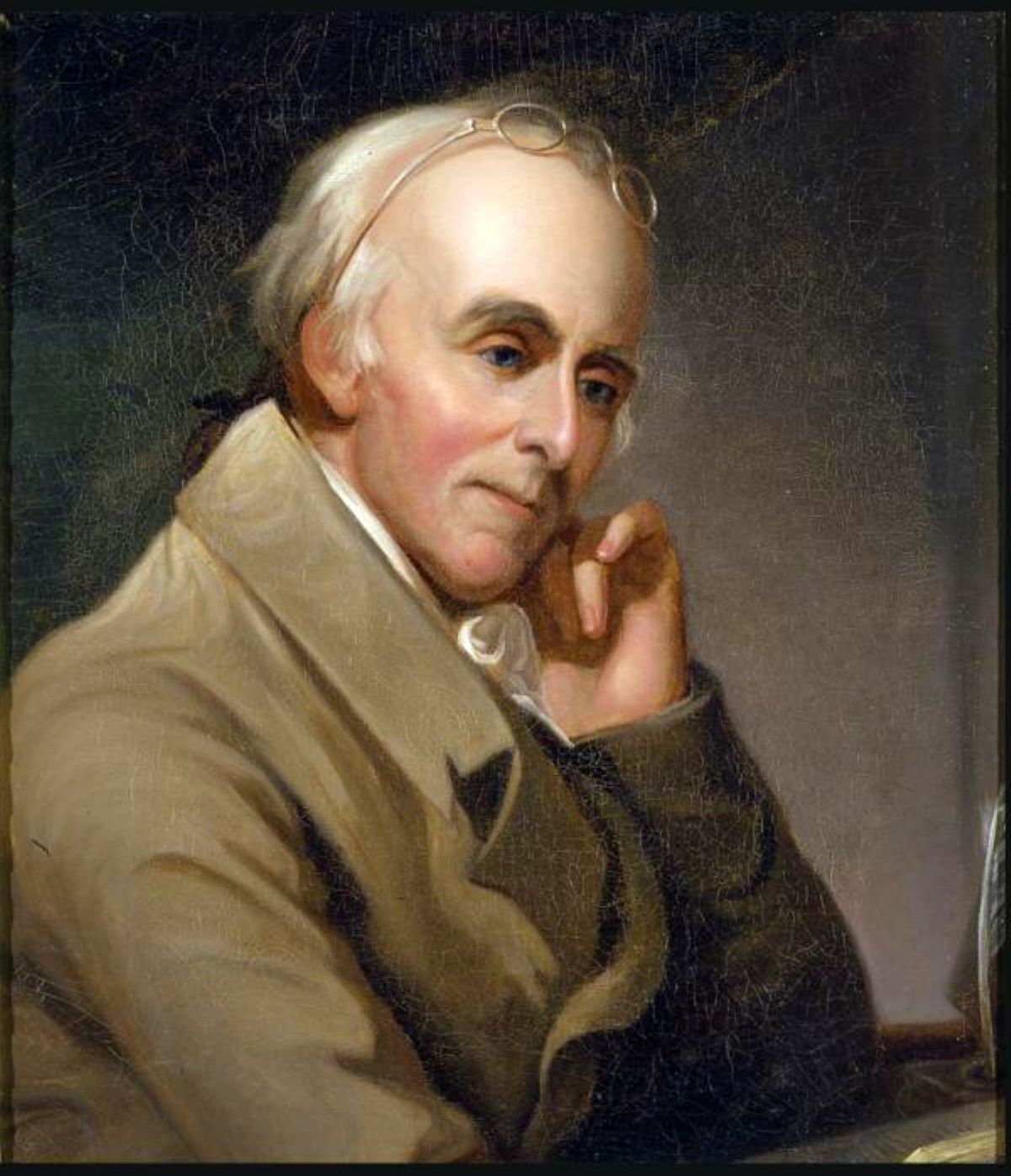 Franklin isn’t the only Founding Father named Benjamin. Benjamin Rush, an American physician, politician, and educator also played an important role in America’s founding. Benjamin Rush was both a historical luminary and a brilliant doctor, responsible for influencing Thomas Paine’s Common Sense, and organizing the first anti-slavery society in America, while also being the “father of psychiatry.”

Benjamin Rush was born in the Township of Byberry, approximately 14 miles outside of Philadelphia. At 8, he was sent off to live with his aunt and uncle to get an education. By 14, he had graduated from the College of New Jersey (which would later become Princeton). By 22, he received his M.D. from the University of Edinburgh, learning French, Italian, and Spanish as well. This would be the start of a monumental career.


After Rush returned to Philadelphia in 1769, when he was 23, he opened a medical practice and became a professor of chemistry at the College of Philadelphia, now known as the University of Pennsylvania. This is made all-the-more impressive because he was the first professor of chemistry in America. Over the course of his medical career, he managed to accrue 65 publications to his name, wrote the first American textbook on chemistry, and taught approximately 3,000 students during his tenure.


His practice taught him the importance of resisting prejudice. As a doctor, he had to treat poor patients, patients of all races, and patients of diverse religions. Working with a wide array of people, including the “insane,” he challenged the mainstream view that those with mental illness were possessed by demons. Instead, he promoted the idea that mental illness, like physical illness, was able to be cured. Doing this, he eschewed the primitive treatment of the mentally ill, in favor of study and clinical observation. Rush is credited with writing Medical Inquiries and Observations upon Diseases of the Mind, the first psychiatry textbook published in America.


Unfortunately, Rush’s empiricism was limited when it came to other parts of medicine. A large part of his medical philosophy stemmed from his attempts to find a simple unitary explanation of disease: all diseases were the result of the overstimulation of blood cells. The worse the disease, the more important it was to remove excess blood cells through purging, bloodletting, and other unpleasant therapeutic measures. Overall, his contributions to the health of the mind were more lasting than his thoughts on the health of the body.


Looking only at Rush’s experience in medicine would paint an incomplete picture of his contributions to early America. Rush wrote many patriotic essays, became a member of the Sons of Liberty, and was consulted by Paine, when he wrote the influential pamphlet, Common Sense. Early on, Rush recognized the evils of slavery, and published a tract on the evils of trading in enslaved peoples. He followed up his tract by helping to create the first anti-slavery society in America called “The Pennsylvania Society for Promoting the Abolition of Slavery and the Relief of Free Negroes Unlawfully Held in Bondage”. Rush argued that slavery went against natural law, disrespected God, and he proclaimed equality among men, including those enslaved.

I need say hardly anything in favor of the Intellects of the Negroes, or of their capacities for virtue and happiness… although they have been supposed by some to be inferior to those inhabitants of Europe. The accounts which travelers give of their ingenuity, humanity, and strong attachments to their parents, relations, friends and country, show us that they are equal to the Europeans.

Benjamin Rush was one of the original signers of the Declaration of Independence, representing Pennsylvania. During the war of independence, Rush served as surgeon general of the Middle Department of the Army until 1778. Following the war, Rush continued his civic engagement. As a social reformer, he advocated for free public schools and the improved education of women. He also founded Dickinson College in 1783. By 1790, as he grew in prominence, his lectures were among the leading cultural attractions in Philadelphia.


As a society, we can take important lessons from Benjamin Rush’s life. He demonstrated that you don’t have to be a politician to change the world. Instead, being compassionate and writing what you care about can change the world. Whether it’s influencing someone else’s ideas, penning your own, or getting involved in civic organizations, you can be the change you want to see in this world.


Rush also showed the importance of standing with your principles. Many times, society accepts what is dehumanizing and immoral to others. Asserting the rights and dignity of other people is important and inspires change. His life demonstrates active resistance against the evils in society.