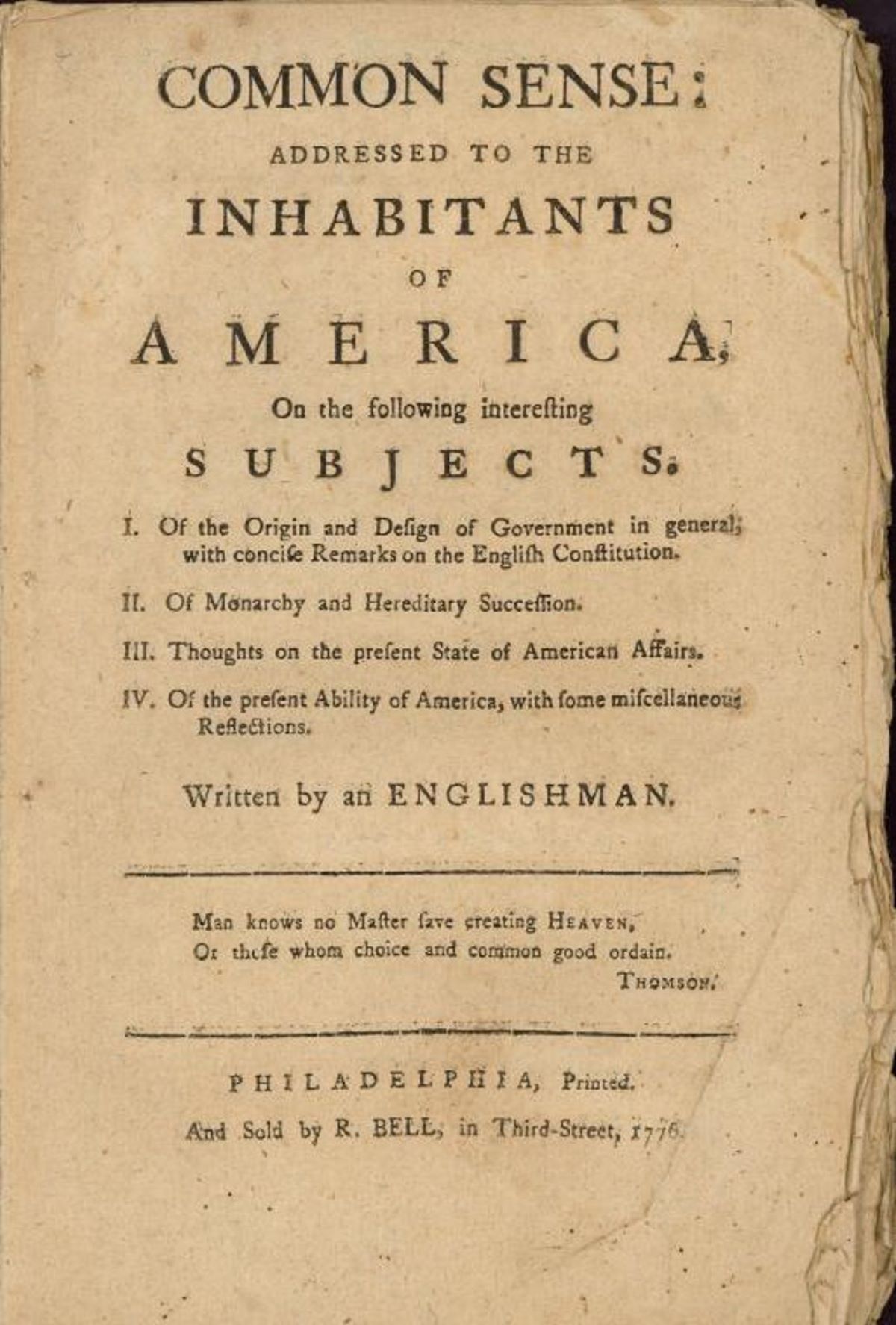 
Excepting only Thomas Jefferson, arguably no Founding Father better exemplifies the American idea – in all its complexities and even contradictions – than Thomas Paine. Before his death, however, many Americans had come to reject Paine’s ideas and even questioned his citizenship after he returned to the country from France.


Thomas Paine’s place in the canon of American political thought would be secured by Common Sense alone, the bestselling American publication of all time and the spark that lit the fuse of American independence, but his later works elaborate and defend a secular, Enlightenment-liberal, natural rights philosophy that prefigures contemporary American political ideologies from left-liberalism to libertarianism.


Paine was a classical liberal who flirted with anarchism. In Common Sense, Paine says that “Society in every state is a blessing,” but “Government, even in its best state [emphasis added], is but a necessary evil; in its worst state an intolerable one.” The contrast between voluntary society and involuntary government would be familiar to later theorists of spontaneous versus planned order. Paine abhorred coercive hierarchies, especially inherited ones, as manifestly irrational, stupid, and bent toward tyranny.


Thus, Paine’s case for American independence was ideological. The American ideal, based on natural rights, consent, and bottom-up order and tending toward splendid pacifism in international affairs, could not be reconciled with the archaic British system of aristocracy, monarchy, and established religion, with its penchant for European power politics. Drawing on John Locke’s state of nature theory, Paine contended that a rational human being would consent only to a political system in which he has a say, that is, a democracy, either directly or by a representative.


Paine’s enthusiasm for decentralized, popular governance led him to support the French Revolution. He was elected to the French National Assembly as a Girondin, a moderate republican in opposition to the more extreme, centralizing Jacobins. When the Jacobins came to power, Paine was arrested.


In response to English parliamentarian Edmund Burke’s Reflections on the Revolution in France, Paine wrote a philosophical defense of the French Revolution in the two-volume Rights of Man. Here he contends that government arises out of a compact among the citizens, who alienate to the “common stock of society” only those natural rights that are “defective” in the power to execute them, such as the ability to judge in one’s own cause. Other rights are retained by the people.


Paine claims that the ideas animating the French Revolution are identical to those that underlay the American Declaration of Independence. Indeed, the Declaration of the Rights of Man and of the Citizen has some strongly liberal clauses endorsing “natural and imprescriptible rights” and the principle that “the law ought to prohibit only actions hurtful to society.” However, it also says that “[t]he nation is essentially the source of all sovereignty,” a claim of authority that could be read in a collectivistic fashion (perhaps some people are not true members of the nation and need to be forcibly assimilated). Paine makes it clear that he sees “the nation” and “the people” as having the same meaning. Thus, the sovereignty claim is merely meant to exclude extra-popular sources of legitimacy, such as conquest or the divine right of kings.


For the first time, in Rights of Man, Paine develops a case for a limited social welfare state, a theme he further develops in the 1795 essay Agrarian Justice. Paine’s argument is simple: The institution of private property has made most people better off than they would have been in the pre-civilization state, but it has made some people worse off. The beneficiaries of private property must compensate the victims through a universal basic income.


The contemporary American left therefore sometimes claims Paine. But it is doubtful that he would have supported the vast modern welfare state. His argument for a universal basic income appears to be inspired by the Lockean Proviso on appropriation. But Nozick and others have argued plausibly that for nearly all competent adults, the Lockean Proviso is satisfied in advanced industrial societies.


Paine’s final major work was The Age of Reason, published in three parts in 1794, 1795, and 1807. He argued for deism and against miracles and the supernatural. By the early 1800s, Americans were becoming more religious and Enlightenment values were in decline, and thus, Paine’s views became deeply unpopular, even though other major American figures, such as Thomas Jefferson, quietly agreed with him.


Thomas Paine’s writings can be disorganized, but they are also enjoyable to read. He has a pungent style. Paine doesn’t merely reject, he repudiates; he doesn’t merely disagree, he scorns. Paine occupies that middle ground between high political philosophy and low political pamphleteering, a zone of free-wheeling political debate where both principles and personalities are thrown about.


If you want to understand the American ideal, thinking through Paine’s central arguments is essential. In the end, I say he’s a moderate left-libertarian populist. What do you think?

I've only know Thomas Paine as far as Common Sense. I learned a lot from this post and realize that I need to Paine a closer look.