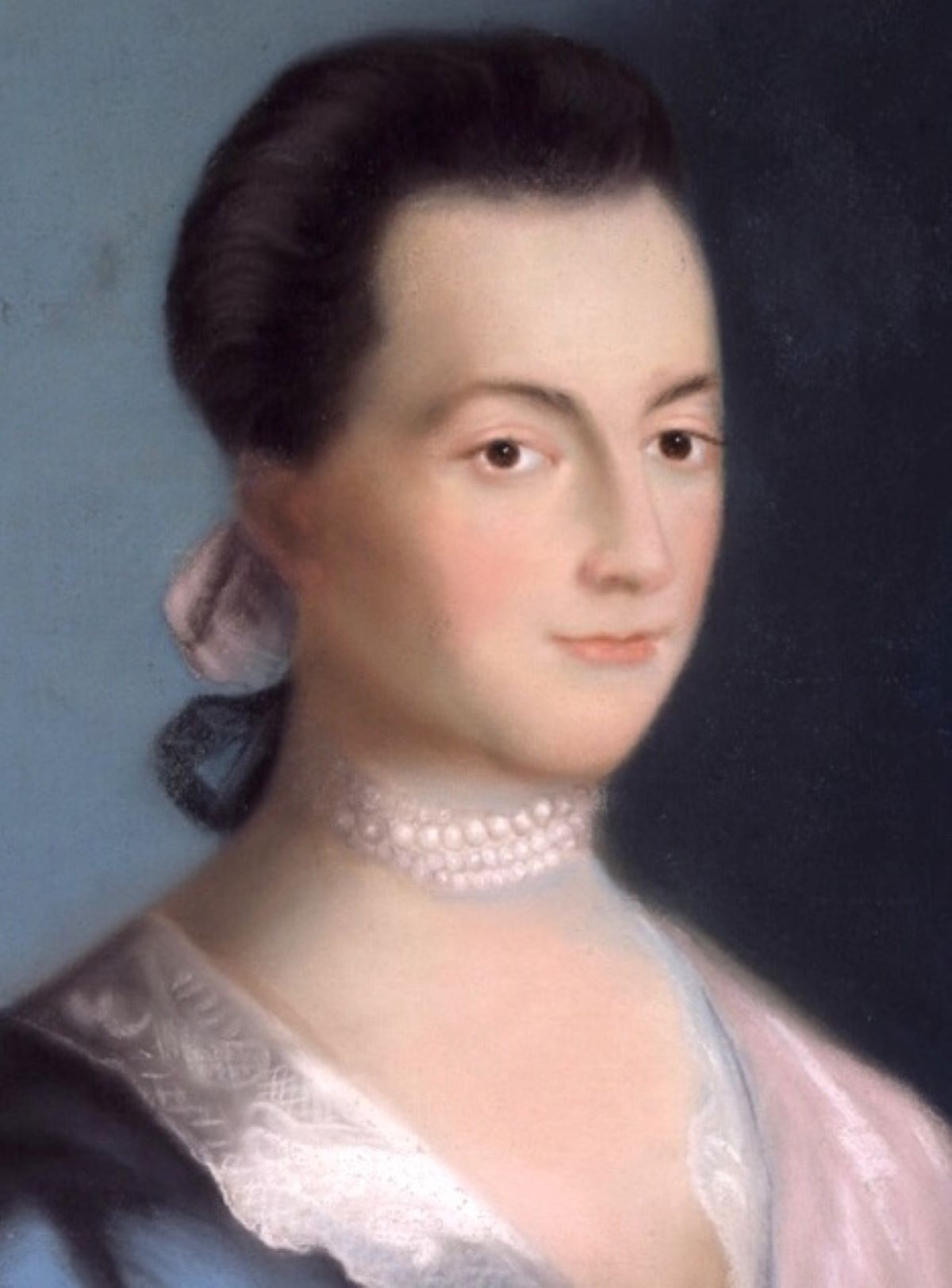 The last few years have strained Americans. We’ve lived through the pandemic, the lockdowns, remote learning, racial strife, civil unrest, riots, a contentious election, and economic hardship. Many Americans feel overburdened by events and some aren’t proud of our history. The danger of declining patriotism is that Americans have less confidence in themselves that they can contribute meaningfully to the preservation and improvement of their country.
Abigail Adams can help us move towards mending the conflicting sentiments that many Americans may have about their country. She was feisty, opinionated, and a proud patriot. Married to John Adams, she was both the wife who supported his career and the woman who emerges in her own right. As a founding mother, Abigail modeled how to be a spirited and independent-minded woman.
Patriotism is an often defined to love of country. Certainly, Abigail was a patriot, but as she understood, patriotism is not a love that blinds you to your country’s shortcomings. Love means that you want what is good for your country. It makes you willing to endure hardship, setbacks, and disappointments on its behalf. Why? Because you think that your efforts matter and your contributions will make it better.
That’s the kind of patriotism that motivated Abigail Adams. She understood what was good and worth preserving and, as we’ll see in the next post, where reform was needed.
What drew Abigail to support the patriot cause was that she believed that the traditional liberties and self-government of colonial legislatures were worth defending and preserving against a distant parliament and overweening King.
The American Revolution tested Abigail Adams’s mettle. She had grit to spare. Abigail endured the better part of a decade by herself while John served in the Continental Congress and in European diplomatic posts. During this time, Abigail had to manage the farm (the family’s main source of income). It was a task for which she had no prior preparation. Managing the farm was a sacrifice she borne so that John could be available for public service. She hoped that “the public will reap what I sacrifice.” She had to hire farmhands during labor shortages, buy equipment, collect rent, deal with surly and uncooperative tenants, pay taxes, cope with inflation, and, like all farmers, wage the eternal struggle against hungry caterpillars and other pests. Nor did it help that as a married woman the laws and customs prevented her from conducting business in her name.
After the war, Abigail found herself in semi-public roles that, though informal and not elected, nevertheless, carried significant public duties. The prospect of joining John abroad at his diplomatic post caused her some hesitation. She was self-conscious about cutting “an awkward figure” among European women knowing that she would, in a way, represent American women.
Abigail rose to the occasion and made use of her public role. When the Adams were presented at Court to King George III and his wife, Abigail made a subtle political statement. Compared to the ostentatious fashionable dresses of the day, Abigail wore an “elegant but plain” white dress calculated to project republican virtue and restraint.
Upon John's election to the presidency, Abigail reflected somberly on the public role that being "Mrs. Presidentress," the then-term for first lady, would require of her. She was "anxious" about the increased public scrutiny, the inevitable comparisons to Martha Washington, and that she would have to be more politically prudent in voicing her opinions. Despite her desire for the quiet of private life, Abigail threw herself into the role of first lady. She aimed to set a tone for social life in the Capitol in which partisans could enjoy each other’s company amicably.