Home / Quotations / Plucknett on the Renaissanc... 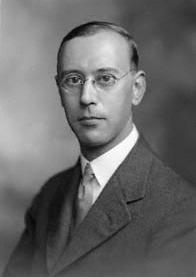 Found in A Concise History of the Common Law

The English legal historian Theodore Plucknett (1897-1965) argues that a new concept of law emerged during the Renaissance, replacing the medieval notion of a king both enforcing and subject to divine or natural law, with that of “the modern State based upon force and independent of morality”:

When we come to Machiavelli we reach the spirit of the Renaissance, and begin to find law itself questioned, for his distinction between public and private morality is essentially the same heresy as to divide the substance of the Godhead; a double standard introduces a sort of polytheism utterly repugnant to mediaeval thought. And true enough, there soon came the State, as a sort of anti-Christ, to wage war with the idea of law. The issue of this conflict is perhaps still uncertain, but mediaeval thought is to-day fighting hard for the cause of law against the amoral, irresponsible State….It was Machiavelli himself who gave us the word “state” and filled it with the content which we now associate with it. Instead of the mediaeval dominion based upon divine right and subject to law, we have the modern State based upon force and independent of morality.

Plucknett has a key insight into the nature of the modern legislative state which he believed emerged during the Renaissance under the influence of Machiavelli, namely that instead of being the enforcer of a divine or natural law to which he himself was subject, the sovereign was now the creator of the law which applied only to his subjects and not to himself. In very strong and colorful language, Plucknett calls the Renaissance State “a sort of anti-Christ” who is waging war against the very idea of the rule of law by seeking to set himself up as an “amoral and irresponsible” entity outside the law. He sees the medieval tradition of thinking about law as universal justice being taken up by 17th century jurists and political philosophers in England and the American colonies with their ideas of “due process” and a political contract between the ruler and his people articulated by means of a written constitution or charter. John Locke’s theory of a contract between the people and a state with very limited powers is seen by Plucknett as the culmination of this reaction against the Renaissance state’s claims to power.