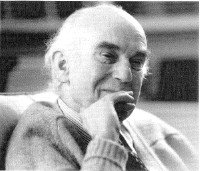 Robert Nisbet (1913-1996), former professor of sociology at Columbia University, is the author of Sociology as an Art Form; The Social Philosophers; Prejudices: A Philosophical Dictionary; The Sociological Tradition; History of the Idea of Progress; and Twilight of Authority, also published by Liberty Fund.

Quotes from Robert A. Nisbet:

Titles from Robert A. Nisbet: