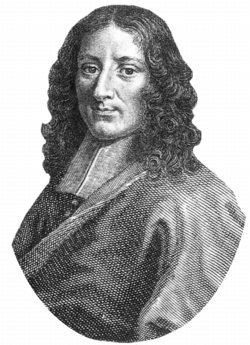 Pierre Bayle (1647-1706) was a Protestant philosopher and critic who was born in France. In 1675 he became professor of philosophy at Sedan until forced into exile in Rotterdam in 1681, where he published works on religion with a liberal and tolerant tendency. He was dismissed from his position at the Huguenot refugees academy in 1693 following the accusation that he was an agent of France and an enemy of Protestantism. In 1696 he completed his major work, the Dictionnaire historique et critique.