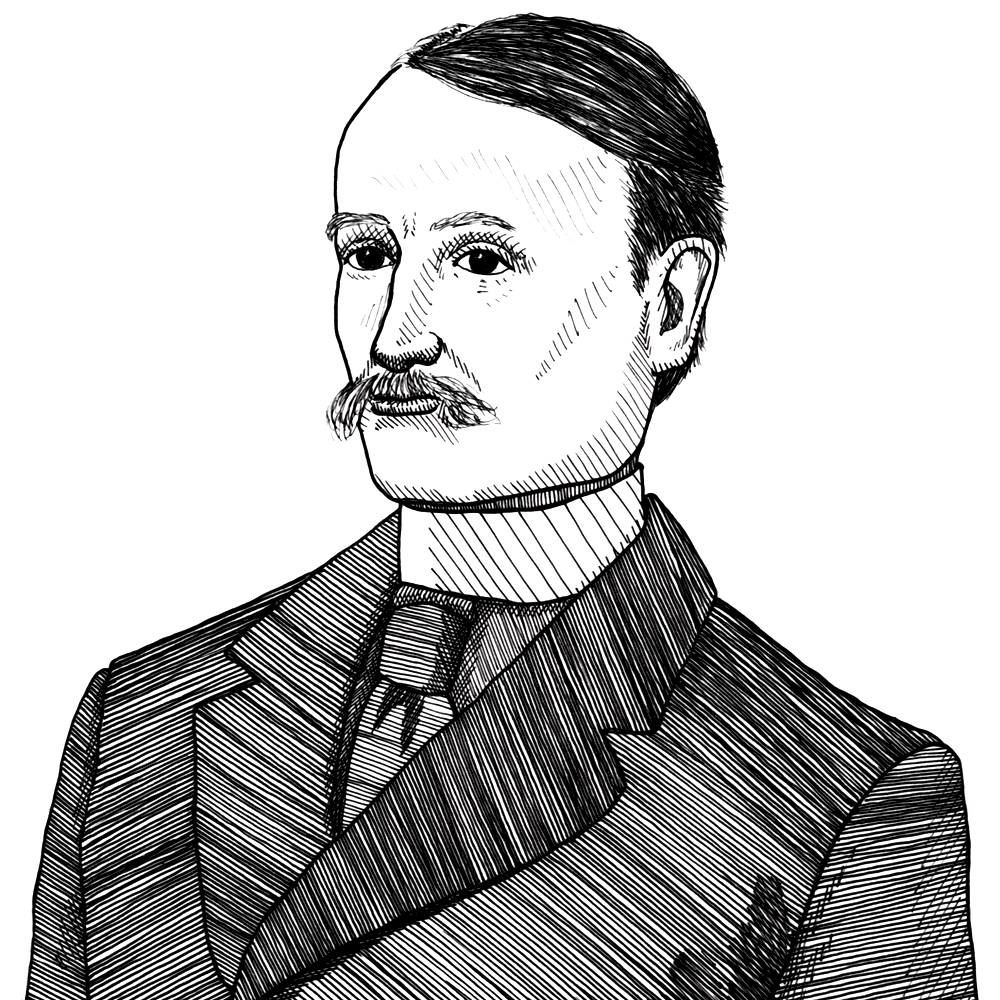 John Bates Clark, American economist, was the first to develop marginal productivity theory, using it to explore the distribution of income between returns to labor and capital in a market economy. His work influenced other economists, including Frank Knight. He taught at Columbia University. The prestigious John Bates Clark award is given every other year to an economist under age 40, in his honor. [The image comes from “The Warren J. Samuels Portrait Collection at Duke University.”]