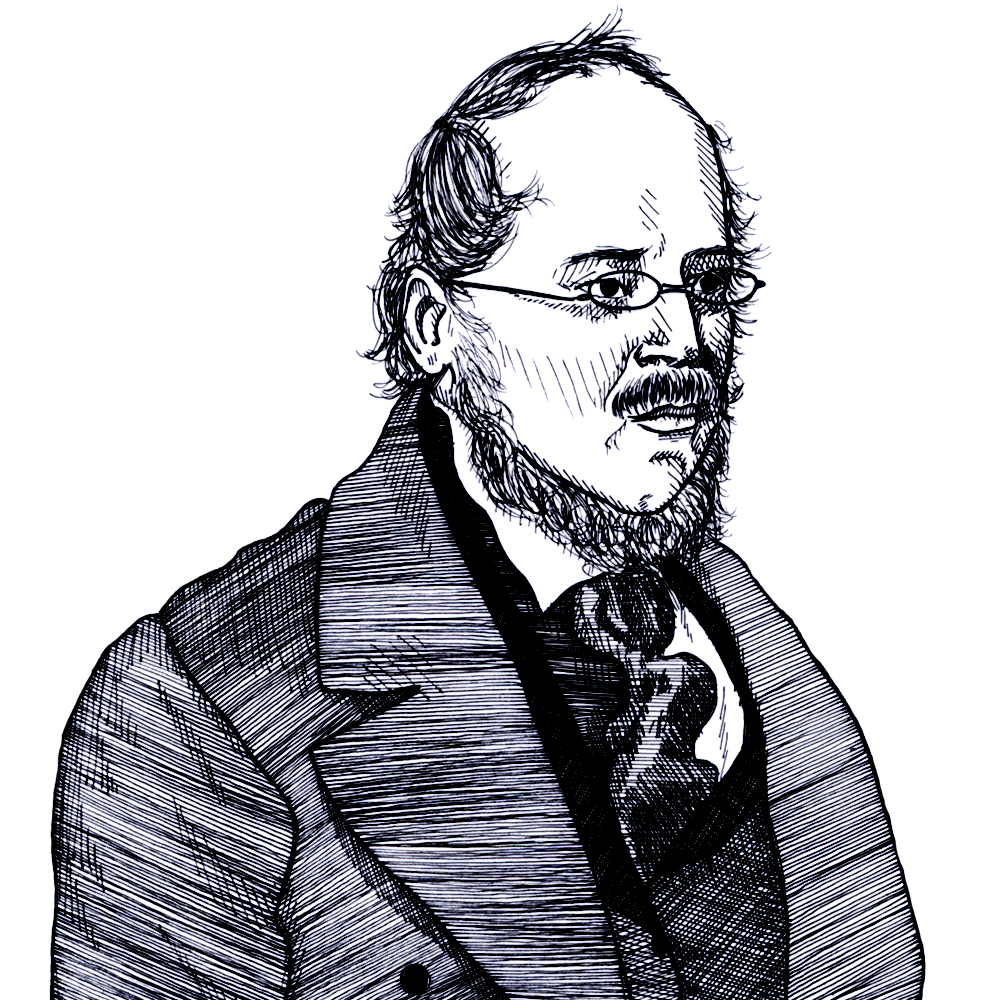 Friedrich List (1789-1846) was one of the leading German economists in the first half of the 19th century. Best known for his book The National System of Political Economy (1841) in which he criticised the Smithian school of free trade as inimical to the economic development of the nation, in particular the less well-developed German national economy. In his view, protection was to be a temporary stage on the way to a true system of free trade between equal nation states. During the 1820s, he lived in Pennsylvania, where he contributed to the pro-tariff debates in the United States. His economic arguments were centered around refutations of Adam Smith. [The image comes from “The Warren J. Samuels Portrait Collection at Duke University.”]