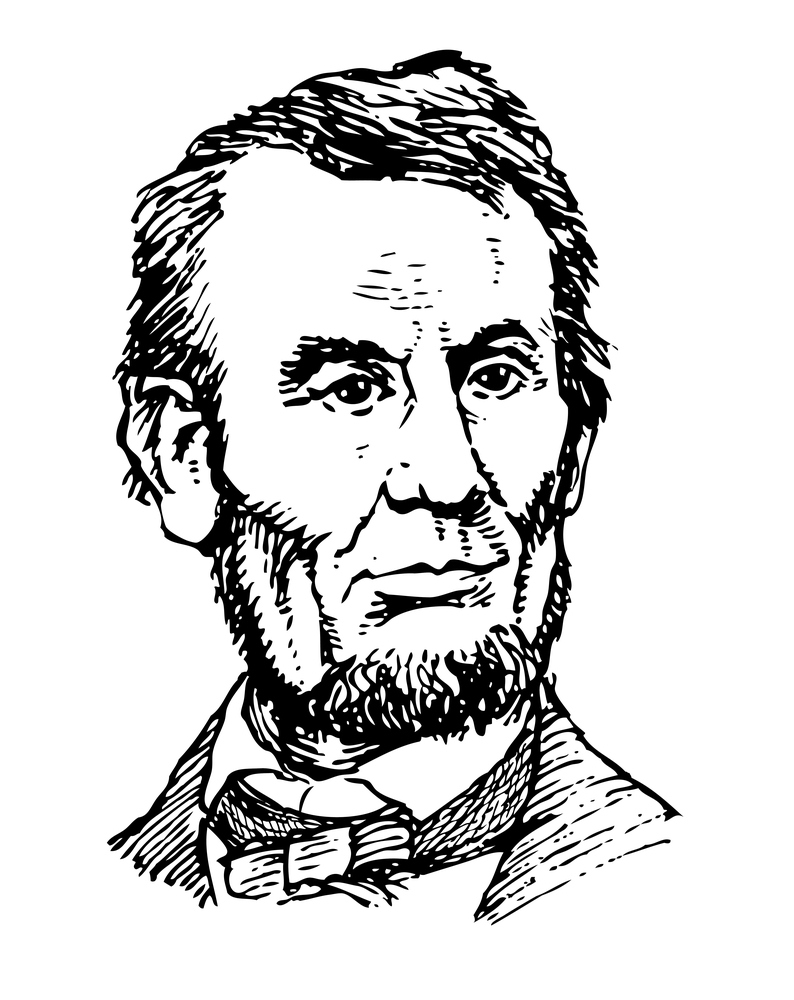 Abraham Lincoln (1809-1865) was the 16th President of the United States. He was a lawyer before becoming involved with Illinois state politics. While running for the U.S. Senate in 1858, he participated in the now famous Lincoln-Douglas debates with Stephen Douglas. He would lose this race but it propelled him into the nomination for president in 1860, which he won for the Republican Party and then again in 1864. He led the country during the Civil War, the country’s most divisive, moral and political crisis at the time.