The 18th Century Commonwealthmen tradtion covers the period from the Restoration of Charles II in 1660 to the American Revolution. It is comprised of those who regarded themselves as belonging to the "Real Whigs" and spans roughly three generations of thinkers: those at the time of the Glorious Revolution of 1688, those in the mid-18th century, and those at the time of the American Revolution. They shared a number of beliefs such as natural rights, republicanism, a vigorous defence of civil and religious liberty, the reform of Parliament, opposition to mercantilism, opposition to colonial conquests, freedom of thought, and secular education.

For a larger 1200 pixel wide image of the timeline. It is also available in PDF format. 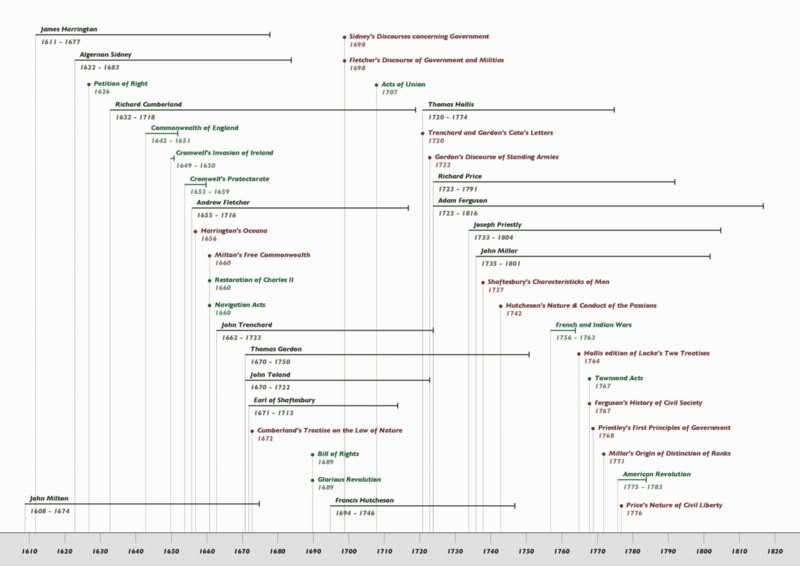