Home / Titles / “Are Economists Basically Immoral?” and Other Essays on Economics, Ethics, and Religion

“Are Economists Basically Immoral?” and Other Essays on Economics, Ethics, and Religion 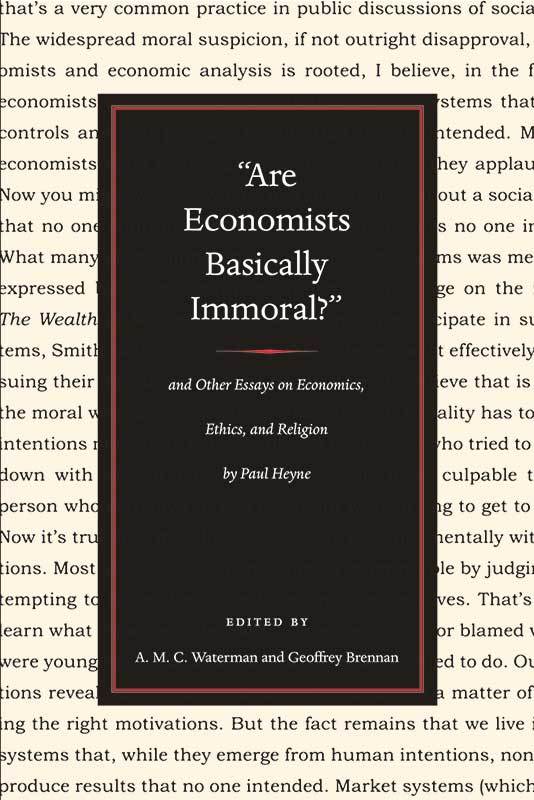 Many of the essays in this volume are published here for the first time. The editors, Geoffrey Brennan and A. M. C. Waterman, have divided Heyne’s essays thematically to cover three general areas: the ethical foundations of free markets, the connection between those ethical foundations and Christian thought, and the teaching of economics—both method and substance. Heyne’s writings are unique in that he takes the critics of the free market order seriously and addresses their arguments directly, showing how they are defective in their understanding of economics and in their ethical and theological underpinnings.

“Are Economists Basically Immoral?” and Other Essays on Economics, Ethics, and Religion, edited and with an Introduction by Geoffrey Brennan and A.M.C. Waterman (Indianapolis: Liberty Fund, 2008).