Reflections on the Rise and Fall of the Ancient Republicks 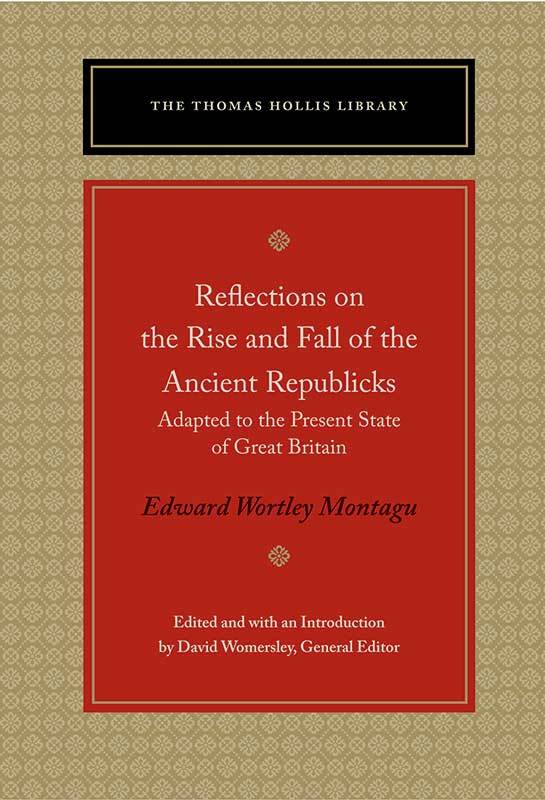 Montagu’s warnings in Reflections on the Rise and Fall of the Ancient Republicks are unusual in that each of the five states he examines supplies a separate lesson adapted to the needs of Britain during the crisis. Sparta instructs modern Britain to suppress commerce, refinement, and opulence and to bolster the landed interest. Athens warns of the dangerous levity of a democratical form of government, of the disastrous influence the people can exercise over the constitution and policy of a state if they are not checked by a powerful and confident aristocracy, of the proneness of the people to encourage charismatic despotism, and lastly of the folly of foreign entanglements and empire-building. Thebes, more encouragingly, demonstrates the potency of a “very small number of virtuous patriots” to save a state from corruption. The calamitous Carthaginian experience with mercenaries shows the incomparable superiority of a militia over hired soldiers. Finally, Rome plays her usual role of showing the fatal consequences of luxury. In the end, it was the Epicurean atheism of the Roman upper classes that gave the coup de grâce to the Roman state; an interpretation of Roman decline that paves the way for Montagu’s censure of British irreligion in his own day.

Reflections on the Rise and Fall of the Ancient Republicks. Adapted to the Present State of Great Britain. Edited and with an Introduction by David Womersely (Indianapolis: Liberty Fund, 2015).