Capital: A Critique of Political Economy. Volume III: The Process of Capitalist Production as a Whole 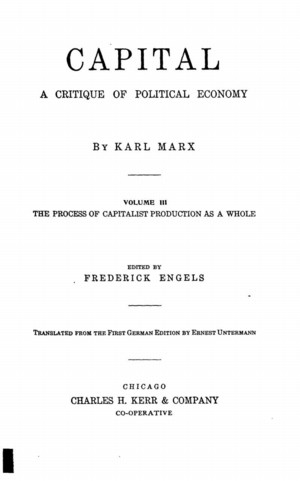 Vol. III of the major work of criticism of the capitalist system by one of the leading theorists of 19th century socialism. Only vol. 1 appeared in Marx’s lifetime; the other two vols. were published postumously by Engels. Marx prided himself on having discovered the “laws” which governed the operation of the capitalist system, laws which would inevitably lead to its collapse. A German language version of Das Kapital is also available in HTML and facsimile PDF.