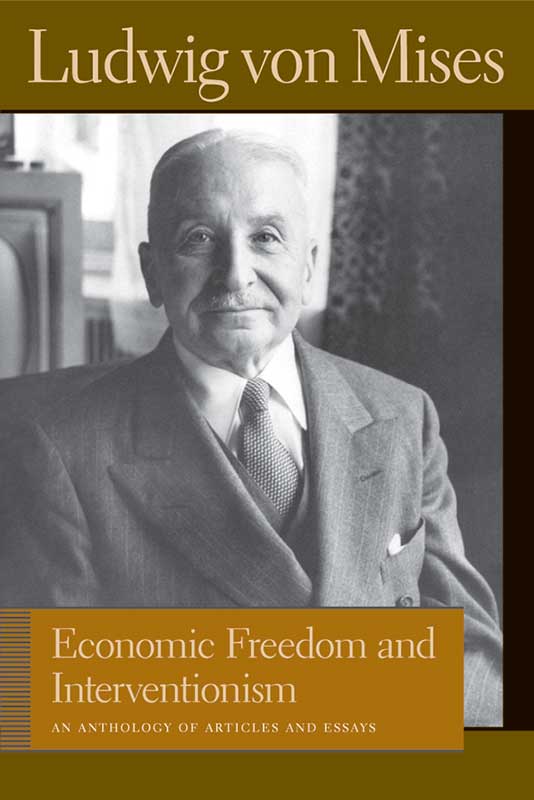 Economic Freedom and Interventionism is both a primer of the fundamental thought of Ludwig von Mises and an anthology of the writings of perhaps the best-known exponent of what is now known as the Austrian School of economics. This volume contains forty-seven articles edited by Mises scholar Bettina Bien Greaves. Among them are Mises’s expositions of the role of government, his discussion of inequality of wealth, inflation, socialism, welfare, and economic education, as well as his exploration of the “deeper” significance of economics as it affects seemingly noneconomic relations between human beings. These papers are essential reading for students of economic freedom and the science of human action.

Economic Freedom and Interventionism: An Anthology of Articles and Essays, selected and edited by Bettina Bien Greaves (Indianapolis: Liberty Fund, 2007).