Reading Room / The Encyclopedie, Trade, and the Jews

The Encyclopedie, Trade, and the Jews 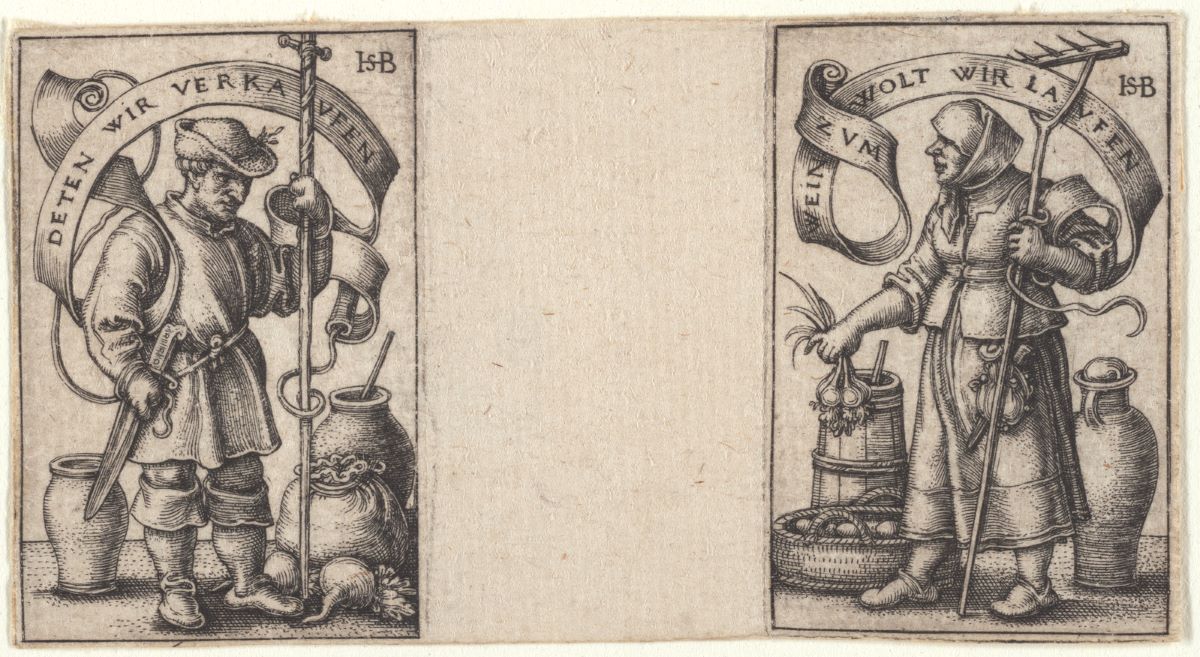 In volume 3 of the original edition of the Encyclopédie, edited by Denis Diderot and Jean Le Rond d’Alembert, is an entry, ‘Trading Company’ (French: Compagnie de Commerce), written by Véron de Forbonnais (1722-1800), a leading eighteenth century French economist. The second half of the (1753) entry is, as Forbonnais explicitly notes, mostly a cut and paste job from a translation of chapter iii of one of Josiah Child’s treatises entitled, Trade, and interest of money considered.

In his entry, Forbonnais quotes the following passage from Child: "Because the Dutch who thrive best by Trade, and have the surest rules to thrive by, admit not only any of their own People, but even Jews and all kind of Aliens, to be Free of any of their Societies of Merchants, or any of their Cities or Towns Corporate."
The earliest version of this passage that I have been able to find is in Child’s (1693) A New DISCOURSE OF TRADE, p. 82. Child (1630/3 –1699) was a governor of the British East India company and is generally regarded one of the leading seventeenth century Mercantilist thinkers.


Child’s 1693 argument is straightforward: the successful trade practices of the Dutch, who recently had conquered Great Britain on behalf of William and Mary during the Glorious Revolution (1688), ought to be emulated by the British. Since the Dutch practice open borders, the English should follow suit. As he puts it in the sentence following the passage quoted above (also quoted in Forbonnais’ entry): “Nothing in the World can enable us to coape with the Dutch in any Trade, but encrease of Hands and Stock, which a general admission will do; many Hands and much Stock being as necessary to the Prosperity of any Trade, as Men and Money to warfare.”


The underlying idea is that once one opens borders to people and capital (‘stock’), a rising population and capital will facilitate trade and enhance competitiveness, and so allow the English to compete more successfully with the Dutch. The thought is that this worked for the Dutch and so will also work for the English and, simultaneously, will nullify one of the Dutch trade advantages (since people and capital can now also move freely to England). That increase in the population is a valuable means to promote national greatness (in the economy and military) is an article of Mercantilist faith.


Notice that Child does not suggest here that one should open borders to goods and commodities. People and capital are de facto treated as inputs with the goal (or output) being export of goods and a competitive trade balance.


In the 1693 argument, there is no reason to single out Jews. The argument for opening borders to people and capital is quite general. And so they are mentioned only briefly presumably because being known as money-lenders they are not just a source of hands, but also of capital.


As an aside, I do not mean to suggest that the association of Jews with capital is merely a stereotypical tangent in Child. In his earlier (1668) Brief Observations Concerning Trade and Interest of Money, he follows Machiavelli in treating Moses as “that wise legislator.” And, in particular, he praises Moses’ usury laws, which prevent the charging of (high) interest to fellow Jews, but allow it to foreigners. Child treats this as wise national policy.


In his philosemitic (1765) entry on the “Jew” (Juif), Jaucourt offers a more historicized account of the origin of the Jewish association with finance. After they were expelled from France, the Jews “took refuge in Lombardy; there they gave bankers letters drawn on those to whom they had confided their belongings when they left, and these letters were exchanged for cash. The admirable invention of letters of exchange was born of desperation; and only then did commerce become able to elude violence and be conducted by everyone.”


Of course, Child’s 1693 argument is not just about open borders and increasing capital. It explicitly suggests that there should be freedom of settlement and employment. Since English towns, guilds, professions, and corporations had all kinds of barriers to entry, Child’s argument implies quite dramatic changes in domestic policy and law, too. As is well known, Adam Smith thought of such freedom of settlement and employment as crucial to his own system of liberty.’


Child reprinted the argument in p. 103 of an expanded (1698) edition, which also includes, as one of its subtitles indicates, “weighty points relating to the company of merchants…the naturalization of strangers.” In taking on the interests that benefit from obstacles to free settlement in the 1698 edition, Child explicitly draws on Hobbes’ views on natural equality in order to suggest that discriminatory laws are a source of mutual fear to those discriminated against (and those benefitting from the law) and so a source of sedition and turmoil; whereas equitable laws that promote equal protection under the law are a source of peace and prosperity (pp. 142-143).


In Child’s (1698) expanded argument, he acknowledges that some local English merchants and workers may be hurt by the presence of newcomers (including Jews). But while this would be bad for those English individuals it would be good for the “Kingdom in general.” (142). So, lurking here is a commitment to a doctrine that lower wages and trade competitiveness are good for the economy in the aggregate even though individuals may suffer.


At this point, it is worth attending to the fact that Henry C. Clark and Christine Dunn Henderson, the translators of Encyclopedic Liberty: Political Articles in the Dictionary of Diderot and D’Alembert, note:  the passage from Child that Forbonnais quotes in his entry was itself translated by Vincent de Gournay into French. In his “life of Adam Smith,” Dugald Stewart credits Gournay with being the key figure to bring English ideas to France in order to  combat “the policy of commercial privileges, and in asserting the reciprocal advantages of a free trade among different nations.” Gournay (1712-1759) and his circle (which included Forbonnais) promoted the economic modernization of France modelled, in part, on the English emulation of Dutch policies. This, as Jaucourt’s (1767) entry on the Jew (Juif) also suggests, includes opening borders to Jewish immigration.