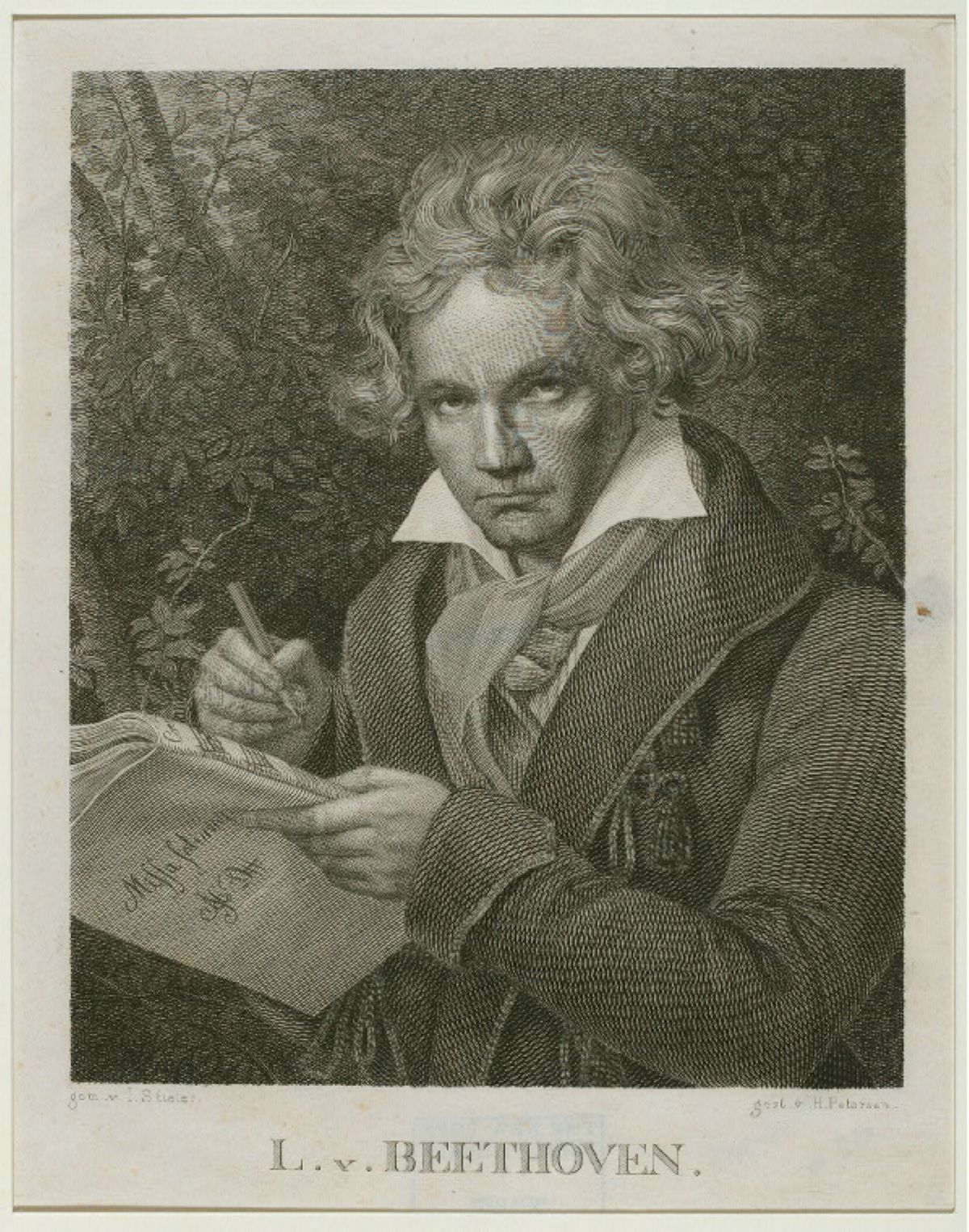 Beethoven’s opera Fidelio, which dates from 1805, addresses issues which are just as important today. Its plot concerns a whistleblower whom a corrupt prison governor has “disappeared.” His wife, Leonore, disguises herself as a young man named Fidelio and gets a job in the prison to find out if he is still alive.

Fidelio is an example of the “rescue opera” genre that was popular at the time, but it’s the only one which is still well remembered. This is due not only to Beethoven’s music but to the universal themes it touches. We don’t see the whistleblower, Florestan, until the second act. Imprisoned in an underground dungeon, he sings that “I boldly dared to speak the truth, and chains are my reward.” Only the knowledge that he acted rightly shields him from despair.


The governor, Don Pizarro, is preparing to kill Florestan for his own protection, and Leonore is sent down to help dig his grave. She goes in prepared and stands in the way when Pizarro tries to stab Florestan, crying out, “First kill his wife!” Pizarro is quite happy to do that, but she draws a gun on him. Her action gives Prime Minister Don Fernando time to arrive, to learn about Pizarro’s crimes, and to take him into custody.


To avoid trouble with the censors, librettist Joseph Ferdinand von Sonnleithner set the opera in Spain and showed Pizarro acting against the will of the King and the Prime Minister. The meaning remains clear; whatever the scale of oppression may be, fighting it requires courage and resourcefulness. At the opera’s end, the jailer Rocco is almost obsequious in crediting Don Fernando with saving the day. Fernando realizes there’s more than he’s being told, and he lets Leonore unlock her husband’s chains.


Florestan isn’t the only victim of injustice in the prison. One of the opera’s most moving moments occurs when the prisoners are briefly let into the courtyard for some fresh air. Their voices are subdued at first before rising into a great cry, “O, Freedom, will you return?” Another great moment arises after Leonore removes Florestan’s chains; she, Florestan, the prisoners, and the citizens join in a hymn to freedom. The text includes an allusion to Schiller’s “Ode to Joy,” which had fascinated Beethoven long before he set it in his Ninth Symphony.


The Nazis didn’t ban Fidelio. Perhaps they couldn’t think of a plausible excuse. But on September 4, 1945, it was the first opera performed in Berlin after the war. A performance in Dresden on October 7, 1989, soon before the fall of the Berlin Wall, presented GDR border fences and soldiers on the stage. It has been performed with many settings, suggesting many connections with real-world events.


Fidelio cost Beethoven more effort than any other work. From its first performance in 1805 to its final form in 1814, he made serious cuts to remove domestic fluff, wrote four overtures, and even changed its title from the original Leonore. The earlier versions have their fans — who would want Beethoven’s music cut? — but the final one is the tightest.


The first performance occurred just a week after Napoleon’s forces occupied Vienna. The year before, Beethoven had furiously revoked his dedication of the Eroica symphony to Napoleon on learning that Napoleon had claimed the title of Emperor.


The text has some weaknesses, primarily in the opening scenes, but Beethoven’s music quickly lets us forget them. Fidelio is one of music’s greatest tributes to freedom and the courage which is needed to achieve it.