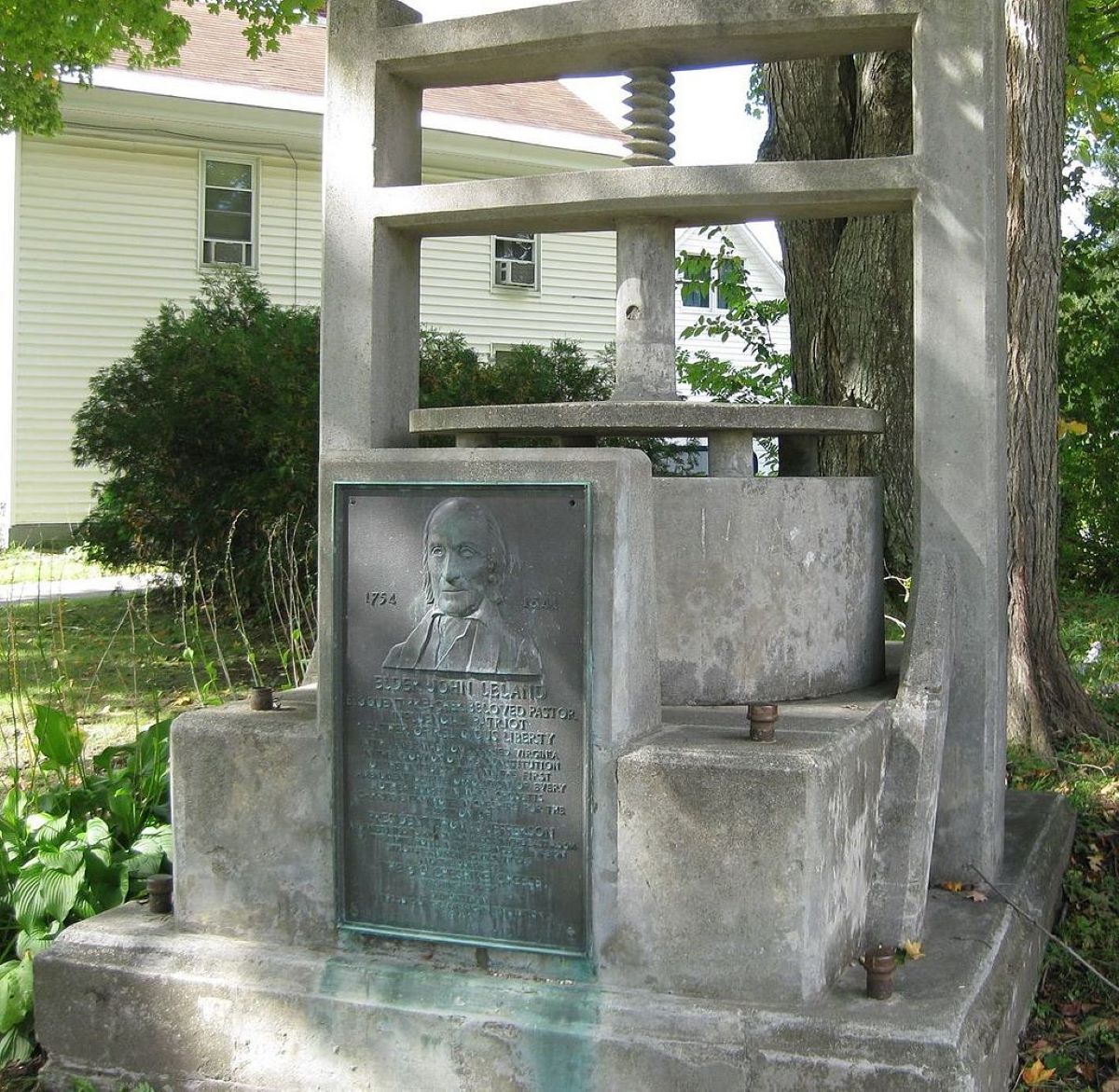 Evangelicals today are often accused of supporting political figures who seem to contradict their values and beliefs. But why do such coalitions exist in American politics? To answer that question, Americans should look back not to 2020 or 2016 but to 1801, when a 1,235-lb. wheel of cheese made its triumphal entry into the nation’s capital. Pulled by six horses, the “Mammoth Cheese” was a gift to the newly elected President, Thomas Jefferson. Inscribed on the red crust was a favorite mantra of Jefferson’s: “Rebellion to tyrants is obedience to God.”

Almost as striking as the size of the cheese were the senders: the Baptists of Cheshire, Massachusetts. Although Jefferson never disclaimed the Christian faith, the President denied the most basic beliefs of traditional Christianity, from the doctrine of the Trinity to the deity of Christ to the resurrection. Instead, as Thomas S. Kidd has shown in his recent spiritual biography of Jefferson, the Virginian “crafted a rationalist, ethics-focused version of Christianity.” Yet two days after the arrival of the cheese, Jefferson invited the leader of the Cheshire Baptists to preach before a joint session of Congress. The preacher’s name was John Leland, the so-called “Mammoth Priest,” and the President attended Leland’s sermon himself. Leland’s sermon was based on Matthew 12:42, “And behold a greater than Solomon is here,” an allusion to both Jesus Christ and the President.
But what could Jefferson, an enlightenment liberal who largely denied the supernatural, possibly have in common with a New England evangelical like Leland? The answer is liberty. In fact, Leland had adopted his ideal of freedom while living in Virginia between 1777 and 1791. In 1788, before Virginia’s Constitutional Convention, Leland originally opposed ratification for precisely this reason. “What is clearest of all — Religious liberty, is not sufficiently secured,” he wrote to the Antifederalist candidate. As a populist, Leland was a talented wordsmith and he deployed a host of names throughout his lifetime for state-sponsored religion. He called it “spiritual tyranny,” “a shocking monster,” “a creature of state,” “the worst hag above hell,” “the greatest engine of tyranny in the world,” “anti-Christocracy,” and “that rotten nest-egg, which is always hatching vipers.” Religious liberty was the raison d’etre of Leland’s life and the bond which tethered him to someone like Jefferson. In 1824, Leland resolved, “here is an arm seventy years old, which, as long as it can rise to heaven in prayer, or wield a pen on earth, shall never be inactive, when the religious rights of men are in jeopardy. Was there a vital fibre in my heart, that did not plead for rational religious liberty, I would chase the felon from his den, and roast him in the flames.” Leland never changed his mind about the ultimate importance of religious liberty. But in 1788, he and the Baptists of Virginia changed their mind about the Constitution. And the reason was James Madison.


Madison was not only an architect of the Constitution, but in 1788 he was running as a delegate from Orange County to Virginia’s ratifying convention. Leland, who was also from Orange County, had actually led the opposition to Madison. In Leland’s view, the Federal Constitution lacked a bill of rights which protected the fundamental freedoms of Americans. But Madison, another non-evangelical founder, struck a deal with the well-known evangelical preacher: in return for the entire Baptist voting bloc and support for ratification, Madison would include a bill of rights in the Constitution. As Eric C. Smith has shown in his recent biography of the Baptist, “Leland had attained such prominence in the Baptist movement that James Madison himself had come to him, hat in hand, to seek his blessing among Virginia’s Baptists.” Leland, the itinerant revivalist, was also a savvy negotiator (and eventual party whip). The result was the First Amendment. Madison would deliver on his promise in Congress. And Leland would continue campaigning against religious tyranny and extolling Jefferson, whose 1779 Bill for Establishing Religious Freedom finally passed into Virginia law in 1786, largely through Madison’s efforts.


The First Amendment only proscribed a state church at the national, not the state, level. The states of Connecticut and Massachusetts, for example, did not disestablish the Congregational Church until 1818 and 1833, respectively. Therefore, in 1791, when the Connecticut General Assembly passed a new bill making it more difficult for dissenters to avoid paying taxes to the established church, Leland authored his most famous work, The Rights of Conscience Inalienable (1791). Leland parroted Jefferson in his Notes on the State of Virginia (1785) when he declared, “Let every man speak freely without fear, maintain the principles that he believes, worship according to his own faith, either one God, three Gods, no God, or twenty Gods.” Indeed, in all of evangelicalism, no figure promoted Jefferson’s ideals more than John Leland, who once referred to the Monticello Sage as “my hero.” Jefferson was not an evangelical nor Leland a Southern aristocrat, and they exercised their consciences much differently, but they both believed in the republican gospel of liberty.