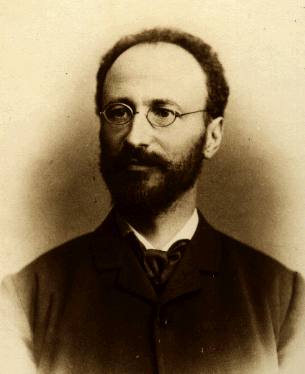 Found in Karl Marx and the close of his system, a criticism

The Austrian economist Eugen von Böhm-Bawerk (1851-1914) wrote a devastating crique of Karl Marx’s economic theory shortly after the publication of the posthumous third volume of Das Kapital in 1894. Among many criticisms, he points out that Marx ignored the fact that the same amount of labor time should be rewarded differently depending upon where along the structure of production it took place:

Now Marx’s hypothesis assumes that the prices of the commodities I and II are determined exactly in proportion to the amounts of labor expended in their production, so that the product of six years’ work in commodity I only brings as much as the total produce of six years’ work in commodity II. And further, it follows from this that the laborer in commodity I should be satisfied to receive for every year’s work, with an average of three years’ delay of payment, the same return that the laborer in commodity II receives without any delay; that therefore delay in the receipt of payment is a circumstance which has no part to play in the Marxist hypothesis, and more especially has no influence on competition, on the crowding or under-stocking of the trade in the different branches of production, having regard to the longer or shorter periods of waiting to which they are subjected.

The Austrian economist Eugen von Böhm-Bawerk (1851-1914) wrote a devastation crique of Marx’s economic theory shortly after the publication of the posthumous third volume of Das Kapital in 1894. He begins by carefully and methodically showing how Marx contradicts himself over the course of the three volumes (vol. 1 appeared in 1859, volumes 2 & 3 posthumously in 1894). He also shows how Marx’s views about the theory of value (based upon the amount of labor expended to produce something) were flawed because his sources (Smith and Ricardo) had been wrong, how he ignored crucial aspects of the economic process which influence the price of goods (such as competition between producers, changes in the supply and demand of raw materials and labor), how he neglected both empirical studies which showed how the market system actually worked as well as the recently developed Austrian approach of the “economico-psychological analysis of the social motive forces”, which later would be known as the theory of human action, and how the same amount of labor time had to be rewarded differently depending upon where along the structure of production it took place. Our quotation comes from Böhm-Bawerk’s analysis of this latter important point. Böhm-Bawerk concluded that Marx’s theoretical work was “contradiction … heaped upon contradiction” and that “the great radical fault of the Marxist system at its birth; from it all the rest necessarily springs” was his blind attempt to force his economic theories to fit into the Procrustean bed of his formal “dialectic” methodology.