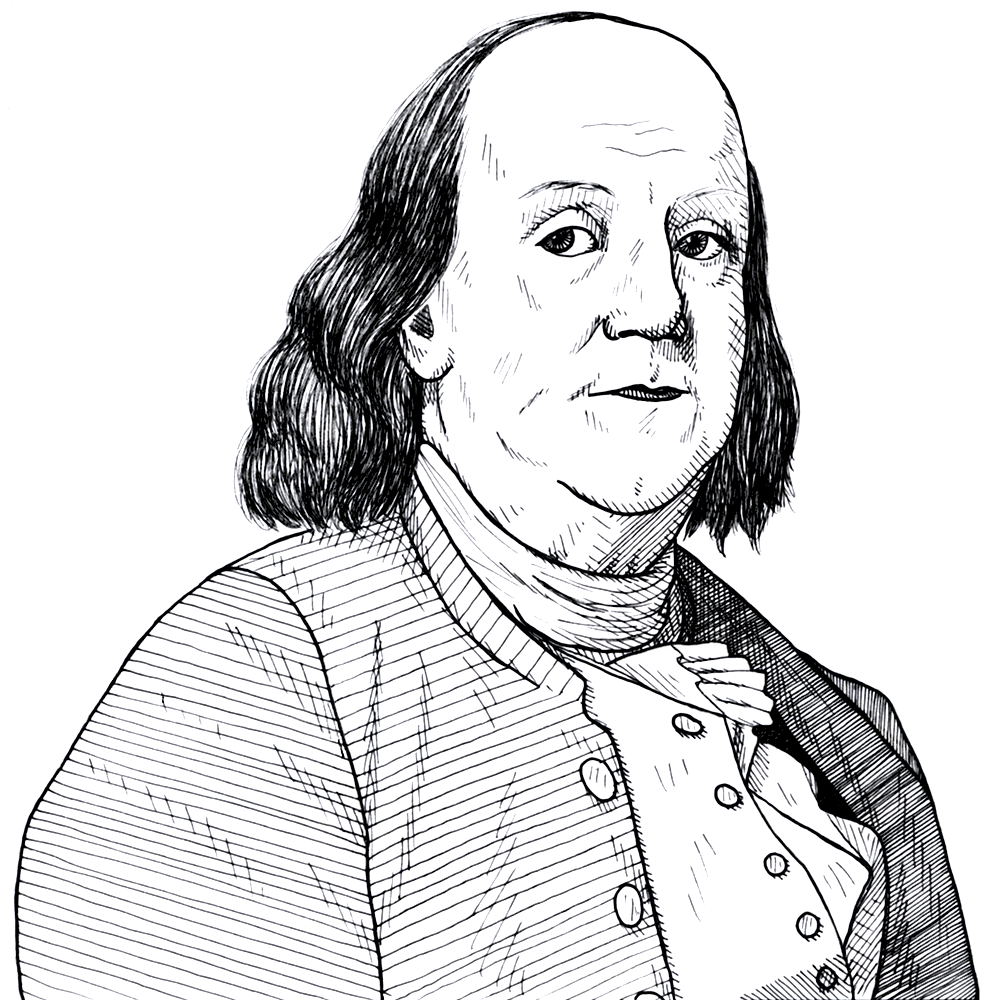 Found in The Works of Benjamin Franklin, Vol. VII Letters and Misc. Writings 1775-1779

In January 1775 Benjamin Franklin (1796-1790) was part of an American delegation sent to Britain in an attempt to resolve the outstanding disagreements between the Crown and the colonies. Seventeen points were up for discussion of which several were rejected outright by the Crown while others were rejected by the colonies. Franklin’s comments regarding the last two points produced one of his most famous sayings from the period:

As to the other two acts, (i.e. 16. The American admiralty courts reduced to the same powers they have in England, and the acts establishing them to be reënacted in America; and 17. All powers of internal legislation in the colonies to be disclaimed by Parliament) the Massachusetts (sic) must suffer all the hazards and mischiefs of war rather than admit the alteration of their charters and laws by Parliament. ‘They who can give up essential liberty to obtain a little temporary safety, deserve neither liberty nor safety.’

It is interesting to see where the main lines of disagreement lay between the colonists' delegation to London and the Crown in early 1775 which one would think would have been the last opportunity at some kind of reconciliation before independence was declared and war broke out. The sticking points for the Crown were the 8th, 11th, and 17th Articles which were declared to be “inadmissible” or were “refused absolutely”: “8. No troops to enter and quarter in any colony, but with the consent of its legislature. 11. The late Massachusetts and Quebec Acts to be repealed, and a free government granted to Canada. 17. All powers of internal legislation in the colonies to be disclaimed by Parliament.” The payment of back taxes might be negotiable but when it came to the stationing of troops or placing limits on the power of Parliament over colonial legislatures no compromise was possible without giving up political power. Franklin’s remarks about the trade offs between “essential liberty” and “a little temporary safety” seem to have been directed at those in the colonies who could see that further compromise was no longer possible by the Crown and that it was up to the colonies to cave in in order to maintain the peace. Franklin was urging them that to do this would be to give up the entire game and thereby scuttle any chance for real liberty and independence in the colonies.