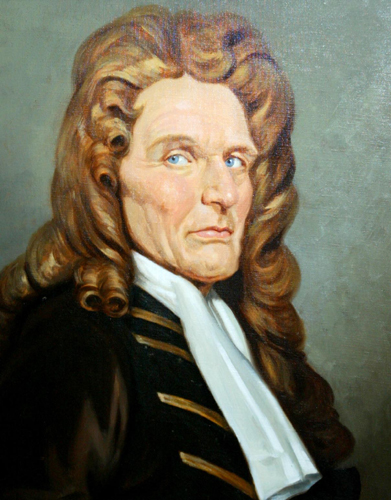 Nicholas Barbon was an English physician, London real estate developer, and promoter of fire insurance (after the fire of London of 1664). He was elected a member of Parliament in 1690 and in 1695. He was one of the earliest defenders of the idea of free trade. Nicholas Barbon was born in London in 1623. He studied medicine at the University of Leiden in 1661, receiving his M.D. at Utrecht and becoming an honorary fellow of the College of Physicians in 1664. He then became a real estate developer, and after the fire of London in 1666, he is said to have introduced fire insurance to England. Barbon developed whole sections of London in both commercial and residential real estate. He was elected a member of Parliament in 1690 and in 1695. He also took part in the land-bank speculations of the time, founding his own landbank. He died in 1698, after directing in his will that none of his debts be paid. In addition to A Discourse of Trade, one of the best-known early tracts for freedom of trade, he wrote an essay on money in response to Locke in 1696, arguing for devaluing the silver currency. He was known also for arguing against the “balance” of trade.