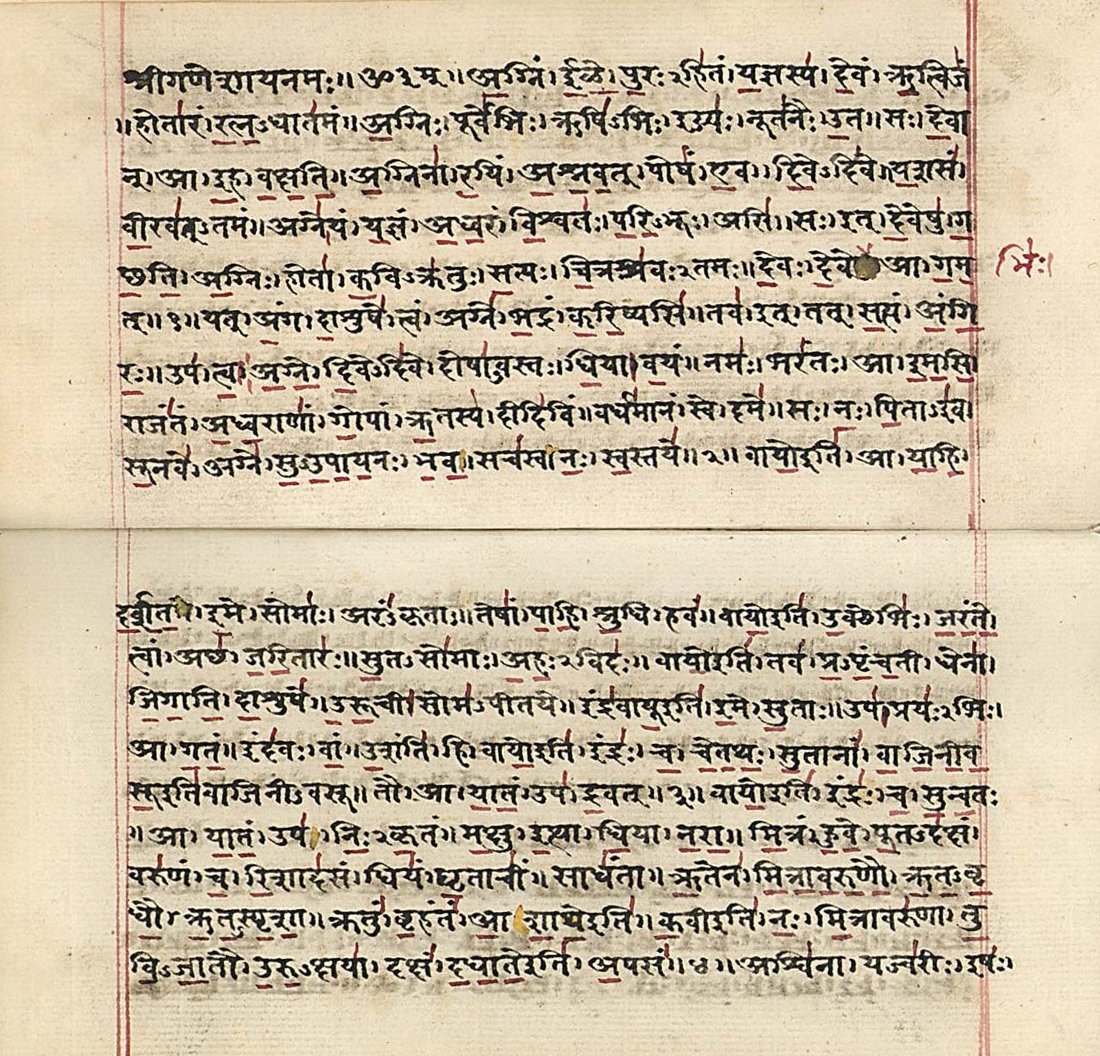 The Rigveda, the oldest of the Hindu scriptures, date back to the early Aryan invasions of northern India (ca. 1500-1200 B.C.) The Sanskrit word veda is the remote ancestor of the English word wit and the German word wissen. It is most readily translated today as “knowledge.” Specifically, veda refers to the sort of knowledge that will help a man win the favor of the gods. The verses are replete with examples of virtue and charity and define the responsibilities of the wealthy and powerful to the poor.