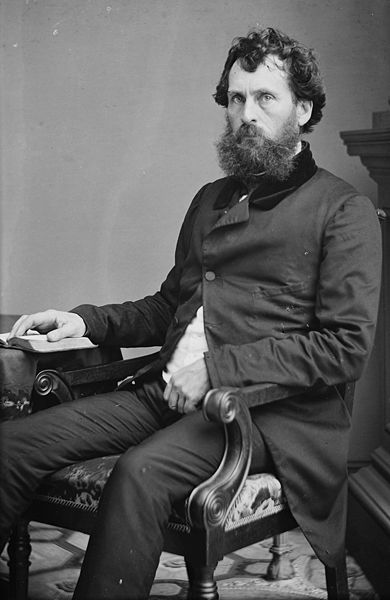 John Bigelow (1817-1911) was a New York lawyer, politician, and editor of the New York Evening Post. He was a strong supporter of the anti-slavery movement and was appointed by President Lincoln as Chargé d'affaires in Paris where he was instrumental in working to keep France from joining the South during the Civil War. He later helped found the New York Public Library.