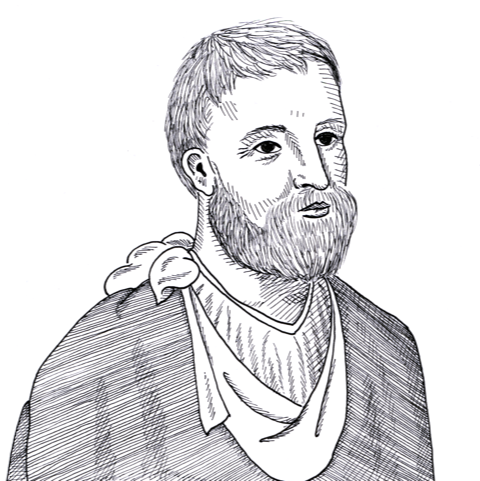 Galen, the founder of experimental physiology, was one of the most distinguished physicians of antiquity. Born in the Greek city of Pergamum, he was deeply influenced by the shrine of the healing god Asclepius there and chose to pursue training in medicine. Galen’s works had a dominant influence on medical theory and practice in Europe for some fourteen centuries after his death. He wrote on subjects other than medicine as well (notably philosophy and literature), but most of those works have been lost. Of his surviving works, the majority come from Arabic sources reintroduced to the West during the Renaissance. His renewed influence was partly responsible for the rise of science in modern times.