September 2022: The Evolution of American Federalism

Please join us in September 2022 for a Virtual Reading Group with Scott Yenor. 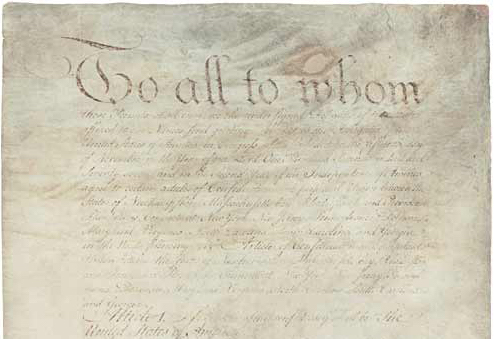 Pre-registration is required, and we ask you to register only if you can be present for ALL sessions.  Most readings are available online; PDFs of the remainder will be emailed upon registration confirmation. Participants who successfully complete ALL sessions will be eligible to receive an Amazon e-gift certificate.

Our treatment of federalism will focus on what goods are served when governments divide power between national, state, and local levels and the manner in which the United States Constitution itself divides sovereignty.  In the United States, federalism is the method whereby we achieve national unity on some policies, while allowing for local diversity on other policies. But what kinds of policies require national unity? And what kinds of policy areas are made for local diversity? The US Constitution has allowed for several shifts in the understanding of such unity and diversity--and we are in a good position to evaluate such shifts and to see which model efforts healthier politics. The specific models we will look at include the Articles of Confederation, the U.S. Constitution, the U.S. Constitution as amended through the Civil War Amendments, and the late progressive Constitution.

Session I: Wednesday, September 7, 4-5pm EDT: The Idea of Federalism and Its Application to the United States

David Hume, Essay XVI, “The Idea of a Perfect Commonwealth”

Session II: Wednesday, September 14, 4-5pm EDT: The US Constitution: What is the Constitution’s Philosophy of Federalism

The Virginia Plan (May 29 in Constitutional Convention)

Hamilton’s Plan (June 18 and short speech on June 19 where he uses the words “Mr. WILSON observed that, by a national Government,. . . “

Abraham Lincoln and Stephen Douglas, “Exchange on State Sovereignty and Majority Rule” (1858), in attached “Readings in Am Gov.” (see PDF)

James Buchanan, State of the Union Address (1860) from beginning until “In order to carry the enumerated powers into effect, Congress possesses the exclusive right to lay and collect duties on imports, and, in common with the States, to lay and collect all other taxes.”