Dutch-born criminologist Ernest van den Haag talks about his work on criminology, criminal justice, punishment, and the foundations of a free society. 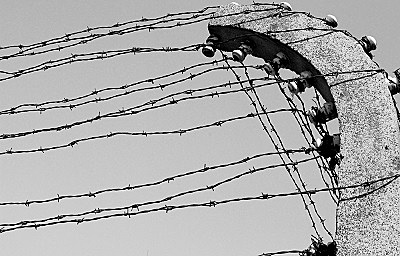 I-Van den Haag is very open about his years as a young man in Europe. What was were his early political affiliations? How does he view that position now? Why did he change his intellectual framework, and why is it so impressive that van den Haag is a professor of law and political philosophy?

II- How does van den Haag feel about the death penalty? What is his reasoning for this stance? How does he address the issue of possibly executing innocent people? What about his position on discrimination within the process of the death penalty?

III- Famous criminal defense attorney Clarence Darrow argued that there really are no criminals because we all do what we were pre-determined to do. How does van den Haag feel about this point of view? How does van den Haag see the differences between punishment and treatment? What is his stance on criminal justice reform? What is the best combatant against crime, according to van den Haag?

IV- Discuss the difference between an explanation and justification. What is the definition of a crime according to van den Haag? How does this relate to his argument on life experiences, genetics, and personal responsibility when it comes to criminality?

V- Explain in your own words the difference between conscientious objection vs civil disobedience? Proponents of civil disobedience argue that when participating in civil disobedience, as long as the actors stay around to be tried and punished, they are playing within the rules. In this way they are testing whether the law they oppose is just. Does van den Haag agree with this? Why or why not?

VI- How does van den Haag view the use of civil disobedience in differing societies with differing political institutions?

VIII- How does van den Haag view rationality and reason? What is the role of human emotion? What is his view on social coercion?

IX- Van den Haag says that we are not all more equal and that society must to do all that it can to help to equalize these inequalities. To what extent are such inequalities able to be completely solved?

X- Van den Haag says that “the arts do much better when they are not being supported.” What does he mean by this, and to what extent do you agree?

XI- Why does van den Haag believe education has failed in the United States? How does the way the US views youth and education differ from other places in the world? What policy idea does he mention as being a potential way to combat against the current education system’s issues? What are two issues that van den Haag sees in the structure of schools (regarding what the requirements of students)?

58:00 Psychoanalysis and Other Perspectives

XIII- Why does van den Haag value the perspectives of sociology and psychoanalysis?

XIV- In his book The Jewish Mystique van den Haag addresses anti-Semitism. Why does he say that there is anti-Semitism in the world?

XVI- What is van den Haag’s opinion on the imposition of democratic institutions on other countries, especially in Latin America, by the United States?