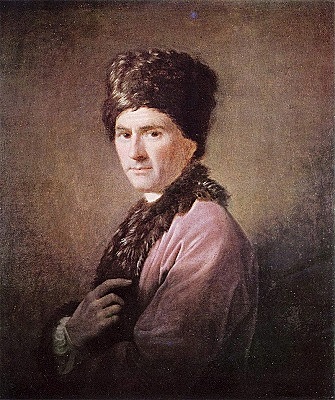 Rousseau was born in Geneva, to an old family of citizens of the city. Rousseau himself, always proud of his lineage, would later sign his works, “Jean-Jacques Rousseau, Citizen of Geneva.” His father, Isaac Rousseau, was a watchmaker, and heir to a long line of watchmakers and craftsmen. His mother, Suzanne Bernard, from an upper-class family of Calvinist pastors, died shortly after Jean-Jacques’s birth, an event that haunted him throughout his life. His family’s financial and social position was precarious, and he grew up in a working-class part of the city. Leaving home at age sixteen, he spent most of the following decade traveling through northern Italy, studying, and working at various jobs, including a stint as a footman for a wealthy family in Turin. In 1741 he moved to Paris where he made the acquaintance of some of the scholars engaged in the production of the famous Encyclopédie, to which he contributed the article on musical notation.

It was also around this time that he began his long relationship with Thérèse Le Vasseur, a semi-literate servant girl. Together they had five children, all of whom were sent to orphanages. She eventually became his common-law wife and remained with him for the rest of his life.

While in Paris he wrote a ballet and a light opera, but he only achieved real fame after the publication in 1750 of Discourses on the Sciences and Arts and later, in 1754, Discourse on the Origin and Bases of Inequality among Men. The former work created a sensation by challenging one of the most basic assumptions of the Enlightenment: That material and scientific progress lead to happiness. Rousseau argued that, on the contrary, they lead to corruption and misery. The latter piece is a celebration of the virtues and freedom of “natural man” and a corresponding indictment of private property, the political state, and the accoutrements of civilization in general. He explored some of the same themes in his Émile, published in 1762, in which he presents a pedagogical model based on free, natural development, and in his most famous work, The Social Contract (also published in 1762). It is in this latter work that he elaborates on his elusive yet tremendously powerful concept of the General Will, participation in which (he argued) guarantees both individual freedom as well as membership in a strong and caring community. While seemingly grounded in a robust understanding of individual freedom, the concept nevertheless also suggests a kind of totalitarian order. The books, especially Émile, were considered dangerously subversive by the authorities, and Rousseau was banished from France, going first to Switzerland and then to England, at the invitation of David Hume. While there Rousseau began writing his Confessions.

While in England, his paranoia and persecution complex, which had already begun to manifest themselves as early as the 1750s, became overwhelming, and he came to suspect all his friends and acquaintances of plotting against him. Rousseau left England in 1767 and by 1770 was back in Paris where he lived with Thérèse in poverty and seclusion, subject to attacks of delirium and paranoia. He continued writing, however, including Daydreams of a Solitary Stroller (published posthumously in 1782) as well as a draft of a constitution for Poland. He died on July 2, 1778, after which his remains were eventually interned in the Panthéon in 1794.

Rousseau’s powerfully compelling, yet often highly ambiguous, body of work has inspired political activists, philosophers, and statesmen on both the Left and Right, right up through the present day. His ideas about pedagogy and, especially, politics and society, have been tremendously influential in the history of the nineteenth and twentieth centuries. His sensitivity, celebration of nature and the “Natural Man,” and his rebellious individualism mark him as one of the originators of the movement that became known as Romanticism.