The Social Contract and Discourses 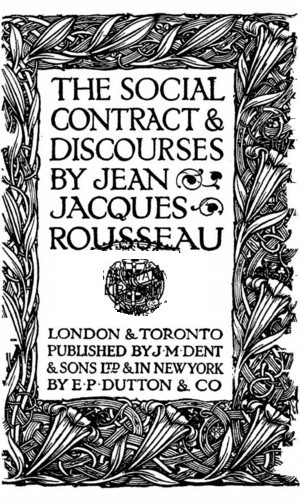 This 1913 edition of Rousseau’s works includes the famous Social Contract as well as 3 discourses on Arts and Sciences, the Origin of Inequality, and Political Economy. Rousseau’s writings inspired liberals and non-liberals alike which makes him rather controversial in the history of political thought.

The Social Contract and Discourses by Jean-Jacques Rousseau, translated with an Introduction by G.D. H. Cole (London and Toronto: J.M. Dent and Sons, 1923).