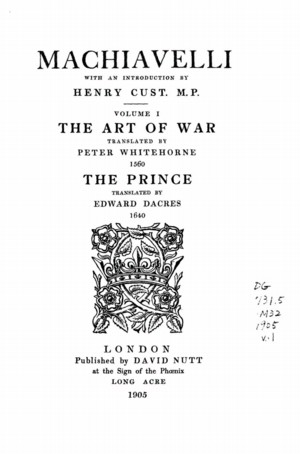 The Tudor Translations: Machiavelli vol. 1 (Art of War; The Prince)

A volume which contains historic translations of Machiavelli’s major writings which were done during the Tudor period in England. Vol. 1 contains The Arte of Warre by Peter Whitethorne in 1560 and The Prince by Edward Dacres in 1640.