Capital and Interest: A Critical History of Economic Theory 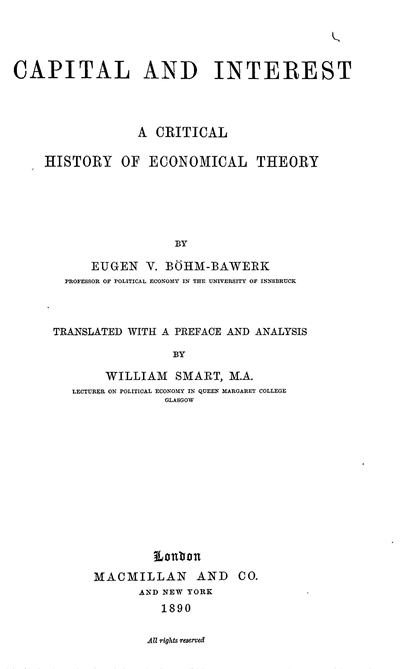 Ludwig von Mises described this as a “monumental work” which “is the most eminent contribution to economic theory”. He further stated that “a man not perfectly familiar with all the ideas advanced in theses three volumes has no claim whatever to the appellation of an economist”. It is a work which made the modern intertemporal theory of interest rates possible.