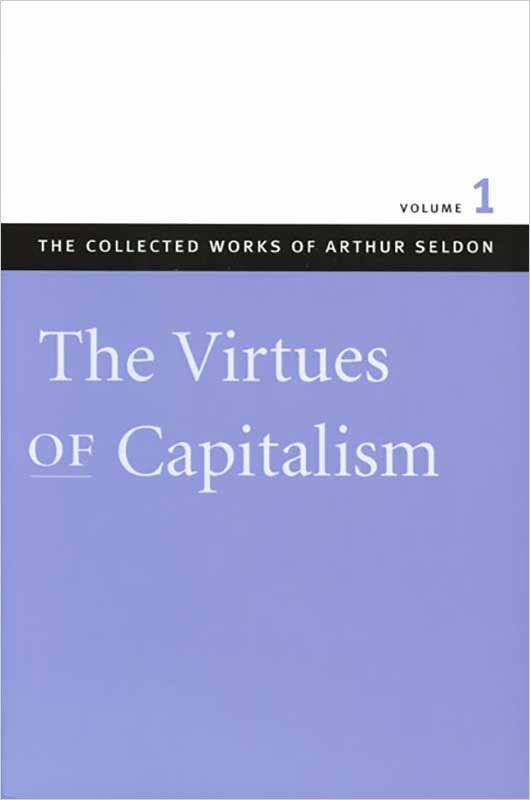 The Collected Works of Arthur Seldon, vol. 1 - The Virtues of Capitalism

The Virtues of Capitalism, lays the foundation of Seldon’s views and theories of capitalism and its alternatives. The first part, Corrigible Capitalism; Incorrigible Socialism, was first published in 1980. It explains why, Seldon believes, “private enterprise is imperfect but redeemable,” but the “state economy promises the earth, and ends in coercion to conceal its incurable failure.” The second part, Capitalism, is widely considered to be Seldon’s finest work. It covers a wide range of the classical liberal thought that inspired the movement toward free-market reforms in Great Britain and intellectually opposed the collectivist tide of socialism. For reasons of copyright, only “Part II: Capitalism” is available online.

“The difficulty with limited government that liberals have yet to resolve is that its functions must be exercised through the imperfect political process that distorts and manipulates individual preferences. Who makes the rules that politicians are to enforce in the public interest if not the politicians themselves? Quis custodiet ipsos custodes? Limited government implicitly supposes that government will perform faithfully the main functions allotted to it even though it is judged incompetent in performing other functions. The notion of limited government lacks the indispensable instinctive scepticism of government taught by the classical liberal economists that led them to want government confined to its unavoidable minimal functions of public goods rather than to the indeterminate limited functions that could be decided by government itself. If government cannot be expected to perform acceptably the services it can leave to the market, it cannot be expected to devise neutrally the rules that decide the services it must perform itself.”