Home / Titles / The Roots of Liberty: Magna Carta and the Anglo-American Tradition of Rule of Law

The Roots of Liberty: Magna Carta and the Anglo-American Tradition of Rule of Law 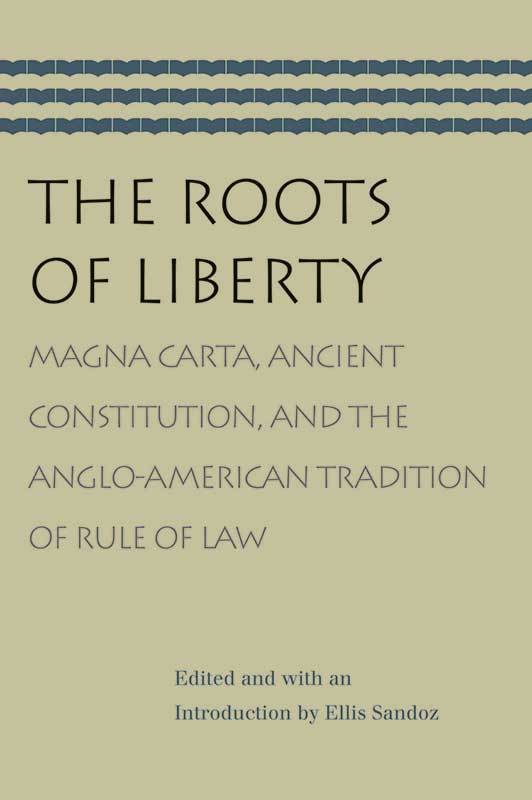 This is a critical collection of essays on the origin and nature of the idea of liberty. The authors explore the development of English ideas of liberty and the relationship those ideas hold to modern conceptions of rule of law. The essays address early medieval developments, encompassing such seminal issues as the common-law mind of the sixteenth century under the Tudor monarchs, the struggle for power and authority between the Stuart kings and Parliament in the seventeenth century, and the role of the ancient constitution in the momentous legal and constitutional debate that occurred between the Glorious Revolution and the American Declaration of Independence.

The Roots of Liberty: Magna Carta, Ancient Constitution, and the Anglo-American Tradition of Rule of Law, edited and with an Introduction by Ellis Sandoz (Indianapolis: Liberty Fund, 2008).

The copyright to this edition, in both print and electronic forms, is held by Liberty Fund, Inc. except for the translations into English of Fortescue made by S.B. Chrimes which is held by Cambridge University Press 1942.