The Ethical Treatises, being the Treatises of the First Ennead 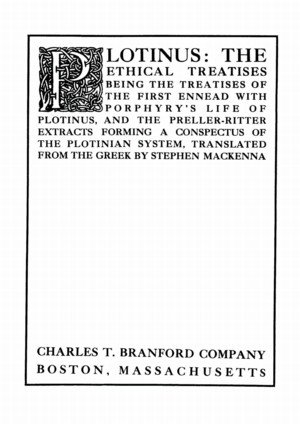 The Ethical Treatises, being the Treatises of the First Ennead, with Porphry’s Life of Plotinus, and the Preller-Ritter Extracts forming a Conspectus of the Plotinian System, translated from Greek by Stephen Mackenna (Boston: Charles T. Branford, 1918).