Home / Titles / The Ethical Treatises, being the Treatises of the First Ennead / Psychic and Physical Treatises; comprising the Second and Third Enneads

Psychic and Physical Treatises; comprising the Second and Third Enneads 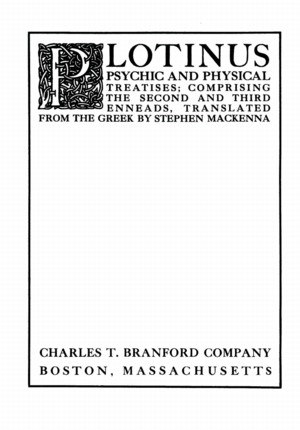