Ethical Treatises; the Books of the Fourth Ennead 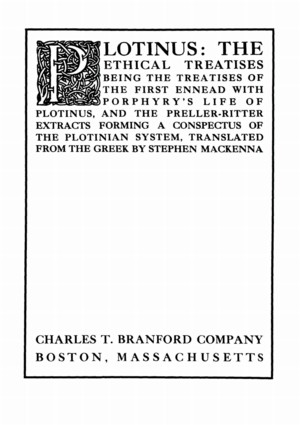