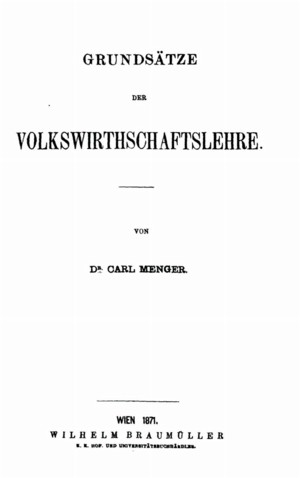 One of the works which appeared independently in 1871 (along with a work by Jevons and Walras) which revolutionized thinking about economics. The theory of marginal utility and new ways of thinking about marginal value and price theory help found the Austrian School of economics, whose later theorists included Ludwig von Mises and Friedrich Hayek, and Murray Rothbard.