Home / Titles / The Miscellaneous Writings of Lord Macaulay, in 2 vols. 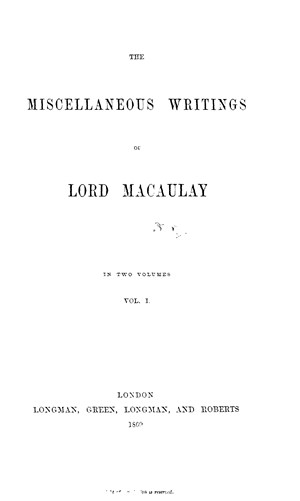 The Miscellaneous Writings of Lord Macaulay, in 2 vols.

A two volume collection of Macaulay’s essays. The first volume contains his essays from Knight’s Quarterly Magazine written during the mid-1820s. The second volume contains essays published in the Edinburgh Review in the 1830s and 1840s; in the Encyclopedia Britannica in the 1850s; and miscellaneous poems and inscriptions.