The National System of Political Economy 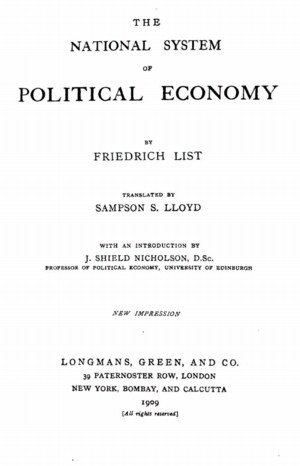 A German historian who wrote in favor of protective tariffs and trade retaliations between industrial nations, even if they maintain free trade within each country. During the 1820s, he lived in Pennsylvania, where he contributed to the pro-tariff debates in the United States. His economic arguments were centered around refutations of Adam Smith.