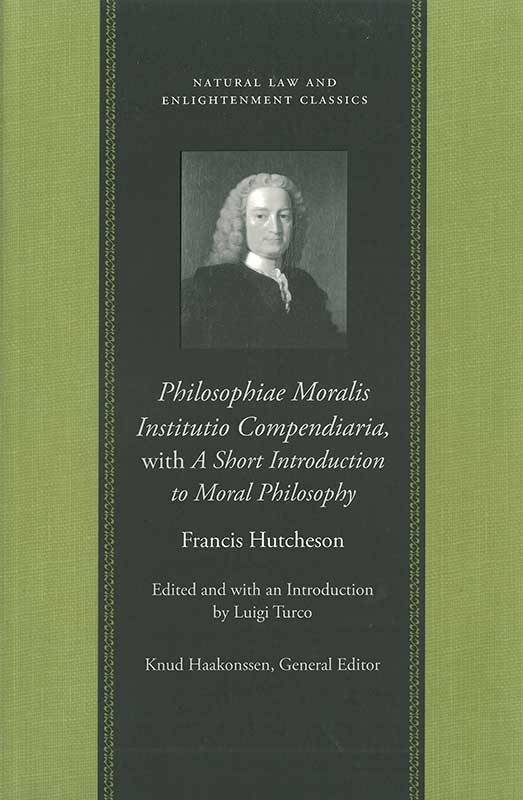 This Liberty Fund publication of Philosophiae Moralis Institutio Compendiaria is a parallel edition of the English and Latin versions of a book designed by Hutcheson for use in the classroom. General Editor Knud Haakonssen remarks that “Hutcheson’s Institutio was written as a textbook for university students and it therefore covers a curriculum which has an institutional background in his own university, Glasgow. This was a curriculum crucially influenced by Hutcheson’s predecessor Gershom Carmichael, and at its center was modern natural jurisprudence as systematized by Grotius, Pufendorf, and others… . The Institutio is the first major [published] attempt by Hutcheson to deal with natural law on his own terms… . It therefore encapsulates the axis of natural law and Scottish Enlightenment ideas, which so many other thinkers, including Adam Smith, worked with in their different ways. It is of great significance that this work issued from the class in which Smith sat as a student.”

Philosophiae moralis institutio compendiaria with a Short Introduction to Moral Philosophy, edited and with an Introduction by Luigi Turco (Indianapolis: Liberty Fund, 2007).