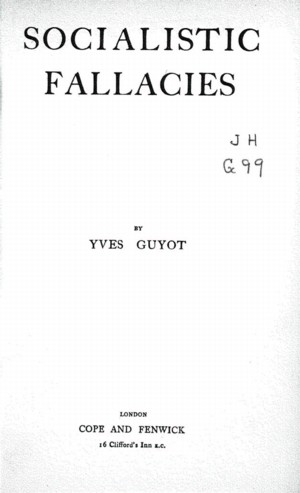 One of several books Guyot wrote attacking socialism in the late 19th and early 20th centuries. In this volume he provides a brief history of socialist ideas, especially socialist utopian thinking from Plato to Paraguay, and an extensive critique of modern socialist ideas in France (Saint-Simon and Prooudhon) and Germany (Marx). In the tradition of Frédéric Bastiat, he criticises what he calls socialistic “sophisms” and "fallacies” such as the immiseration of the working class, the social class war, and the future of socialism under democracy.