A Discourse of Standing Armies (1722) 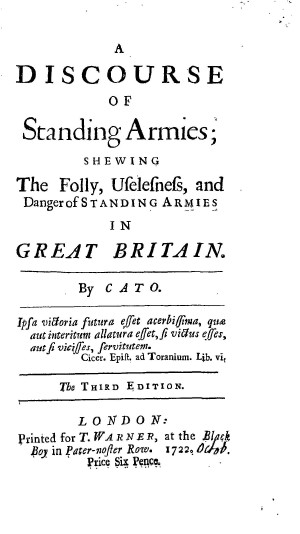 “Cato” (of Cato’s Letter’s) continues his attack on the waste and militarism of the British Empire which this critique of the idea of permanent “standing” armies.