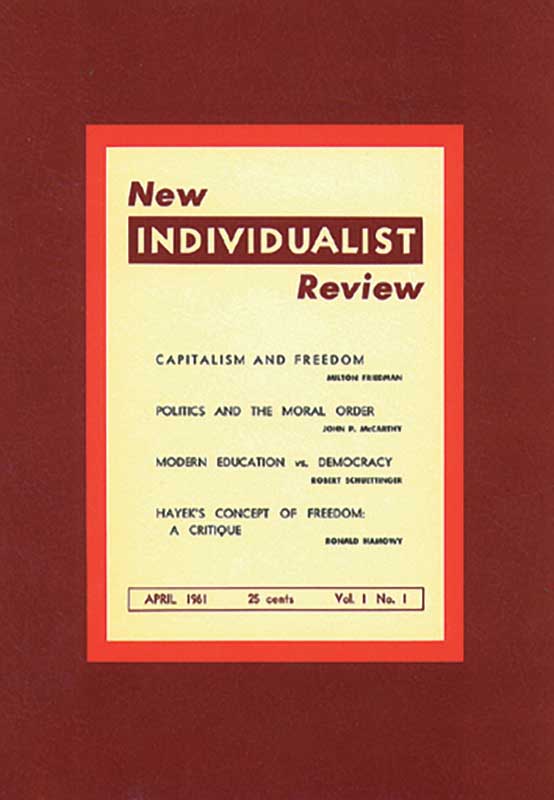 The copyright to this publication is held by Liberty Fund, Inc. The New Individualist Review is prohibited for use in any publication, journal, or periodical without written consent of J. M. Cobb, J. M. S. Powell, or David Levy.