Home / Titles / Commerce and Government Considered in their Mutual Relationship

Commerce and Government Considered in their Mutual Relationship 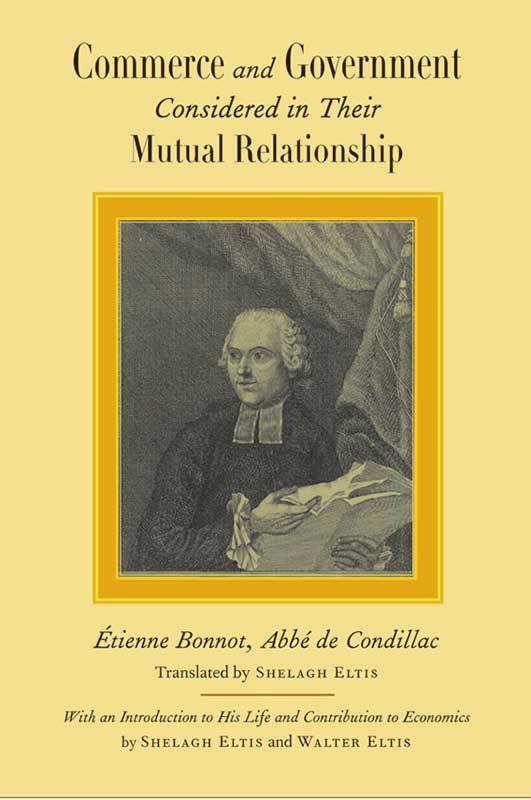 This text covers such topics as value, money, agriculture, domestic and foreign trade, war, labor, interest rates, luxuries, and the various government policies that affect these subjects.The theme that unites these disparate subjects is liberty. As Condillac writes near the end of the work, the means to eradicate all the abuses and injustices of government is “to give trade full, complete and permanent freedom.” In their preface to the 1997 edition, Shelagh and Walter Eltis wrote, “English language readers … will find … that the case for competitive market economics has rarely been presented more powerfully.”

Commerce and Government Considered in their Mutual Relationship, translated by Shelagh Eltis, with an Introduction to His Life and Contribution to Economics by Shelagh Eltis and Walter Eltis (Indianapolis: Liberty Fund, 2008).