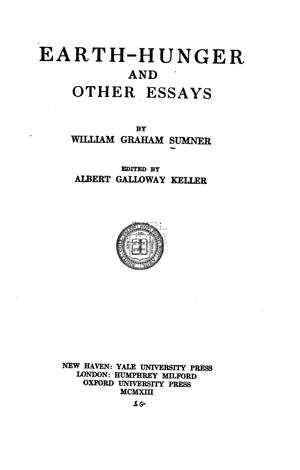 This is the first of four volumes of essays by Sumner published by Yale University Press after his death in 1910. It includes a series of 15 essays about liberty which he wrote between 1887 and 1889, along with several important essays about his theory of “plutocracy” or what we today would call “crony capitalism”.