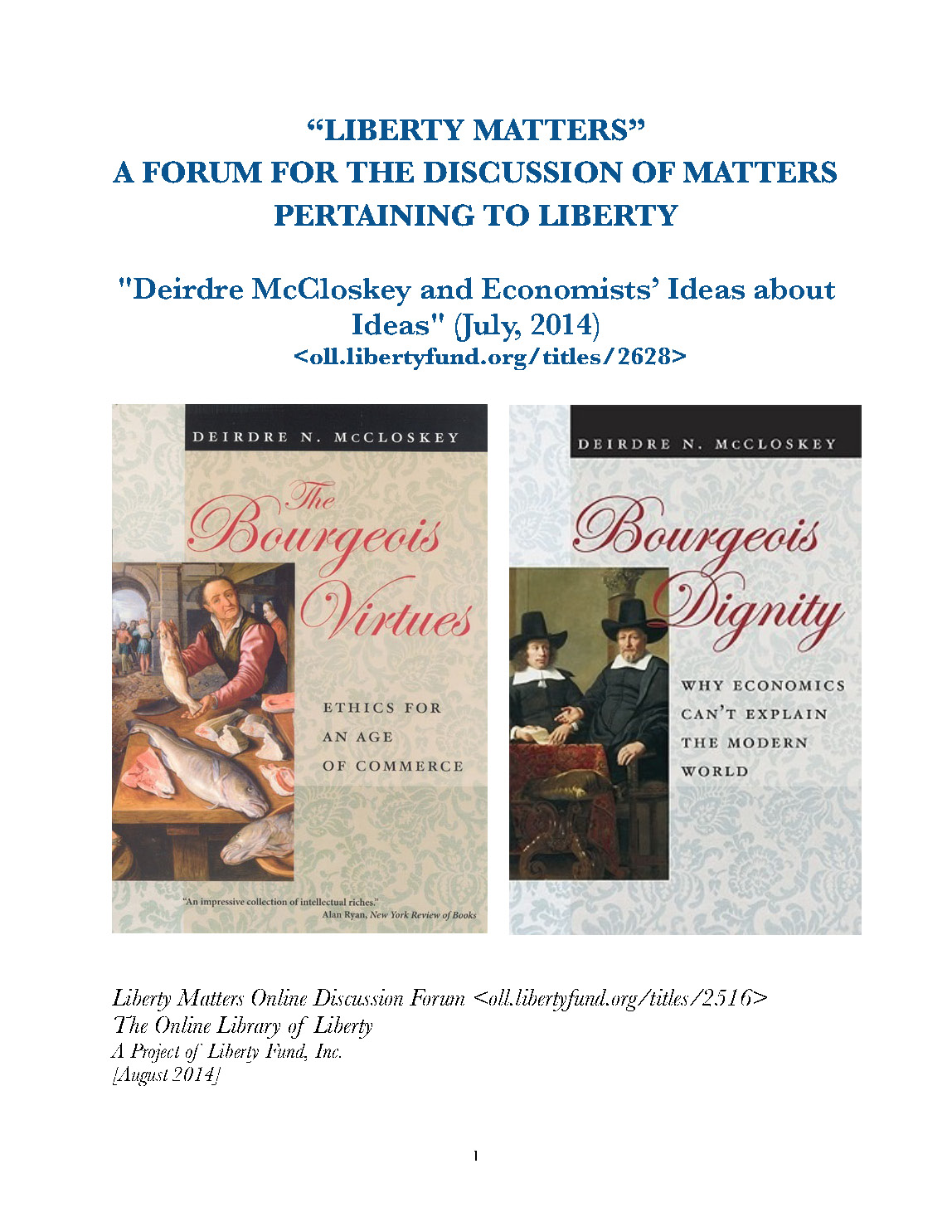 The economist and economic historian Deirdre McCloskey is over the halfway point of her 3 volume work on The Bourgeois Era. Two volumes have already appeared, Bourgeois Virtues (2006) and Bourgeois Dignity (2010), and the third is close to appearing. This Liberty Matters online discussion will assess her progress to date with a Lead Essay by Don Boudreaux and comments by Joel Mokyr and John Nye, and replies to her critics by Deirdre McCloskey. The key issue is to try to explain why “the Great Enrichment” of the past 150 years occurred in northern and western Europe rather than elsewhere, and why sometime in the middle of the 18th century. Other theories have attributed it to the presence of natural resources, the existence of private property and the rule of law, and the right legal and political institutions. McCloskey’s thesis is that a fundamental change in ideas took place which raised the “dignity” of economic activity in the eyes of people to the point where they felt no inhibition in pursuing these activities which improved the situation of both themselves and the customers who bought their products and services.