Reading Room / Pocket Globes: The World in Your Hand

Pocket Globes: The World in Your Hand 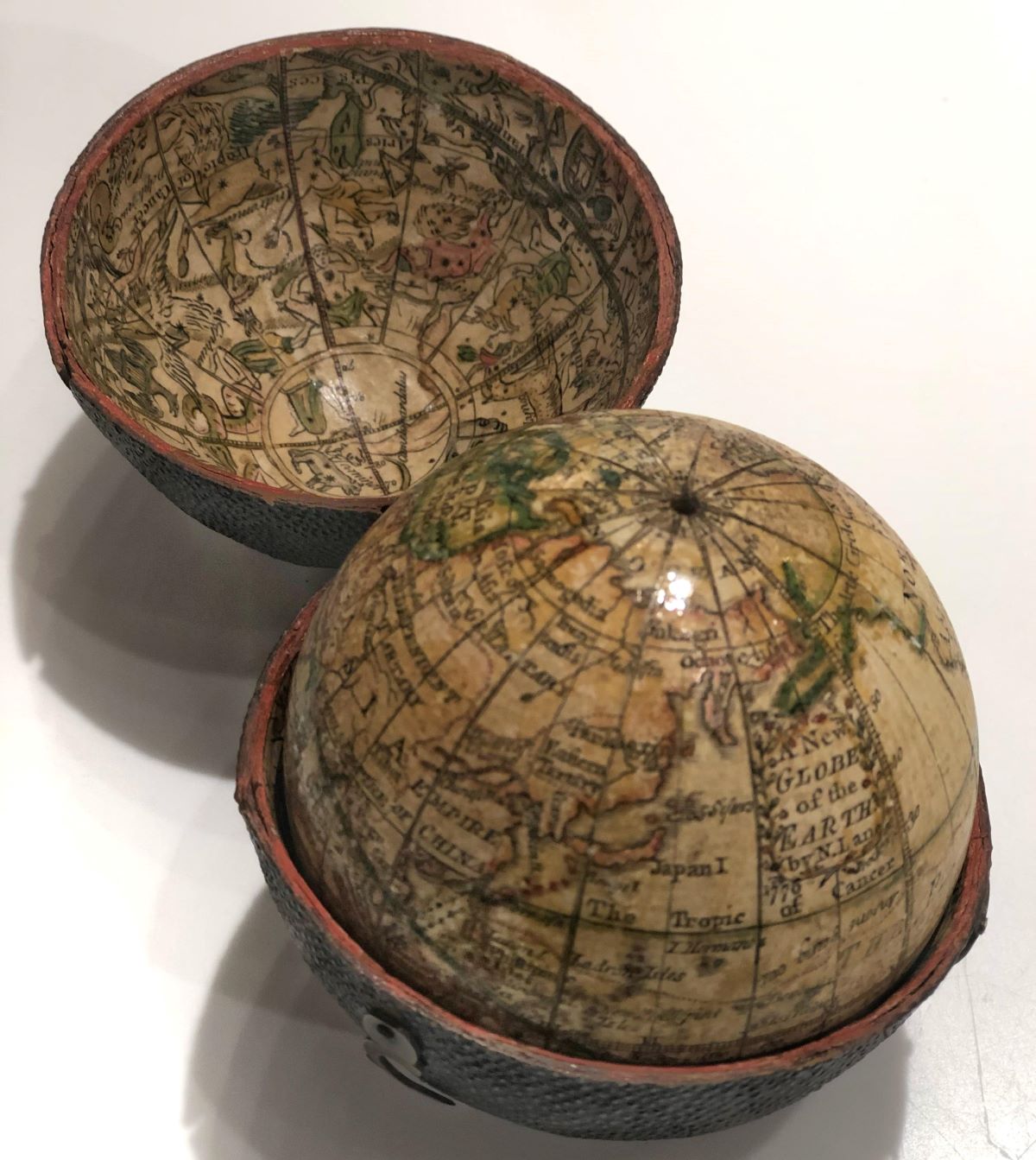 The century that began around 1670 was an extraordinary period of exploration and discovery. Antoni van Leeuwenhoek found microscopic animals teeming in a drop of water. Isaac Newton revolutionized physics. The East India Company and Hudson Bay Company expanded the range of British trade. Giovanni Cassini mapped the moon and measured the distance from Earth to Mars. Europeans explored the Great Lakes, the Mississippi, and the desert Southwest. Joseph Priestley discovered oxygen. Captain James Cook charted the South Pacific. Never had the “known world” encompassed more or been better understood.

The Lord Bacon, in his Natural History, reckons that Philosophy would be improv'd, by having the Secrets of all Trades lye open; not only because much Experimental Philosophy, is Coutcht amongst them; but also that the Trades themselves might, by a Philosopher, be improv’d. Besides, I find, that one Trade may borrow many Eminent Helps in Work of another Trade.

In 1678, at the relatively advanced age of 51, Moxon was elected a fellow of the Royal Society, despite his status as a tradesman (to which the members who cast the four dissenting votes probably objected). He exemplified what economic historian Joel Mokyr calls the Industrial Enlightenment, in which scientific theorists and practical craftsmen informed one another’s understanding and made both kinds of knowledge more widely accessible, leading to greater inventiveness and economic growth.
Like their maker, Moxon’s pocket globes embodied that cooperation. They combined art and science in an innovation that appealed to a new market. Well into the 19th century, globe-makers carried on his legacy of little worlds “made portable for the pocket.”
As charming objects and reminders of an extraordinary scientific age, pocket globes maintain their allure to this day. In 2021, 330 years after Moxon’s death, a collection of 14 pocket globes went on display at Bonhams auction house in London. A dozen dated to the 18th century, a couple to the early 19th. The star of the show was one of Moxon’s. Once priced at 15 shillings, it sold for £187,750.
Virginia Postrel is a visiting fellow at the Smith Institute for Political Economy and Philosophy at Chapman University and the author of The Fabric of Civilization: How Textiles Made the World.