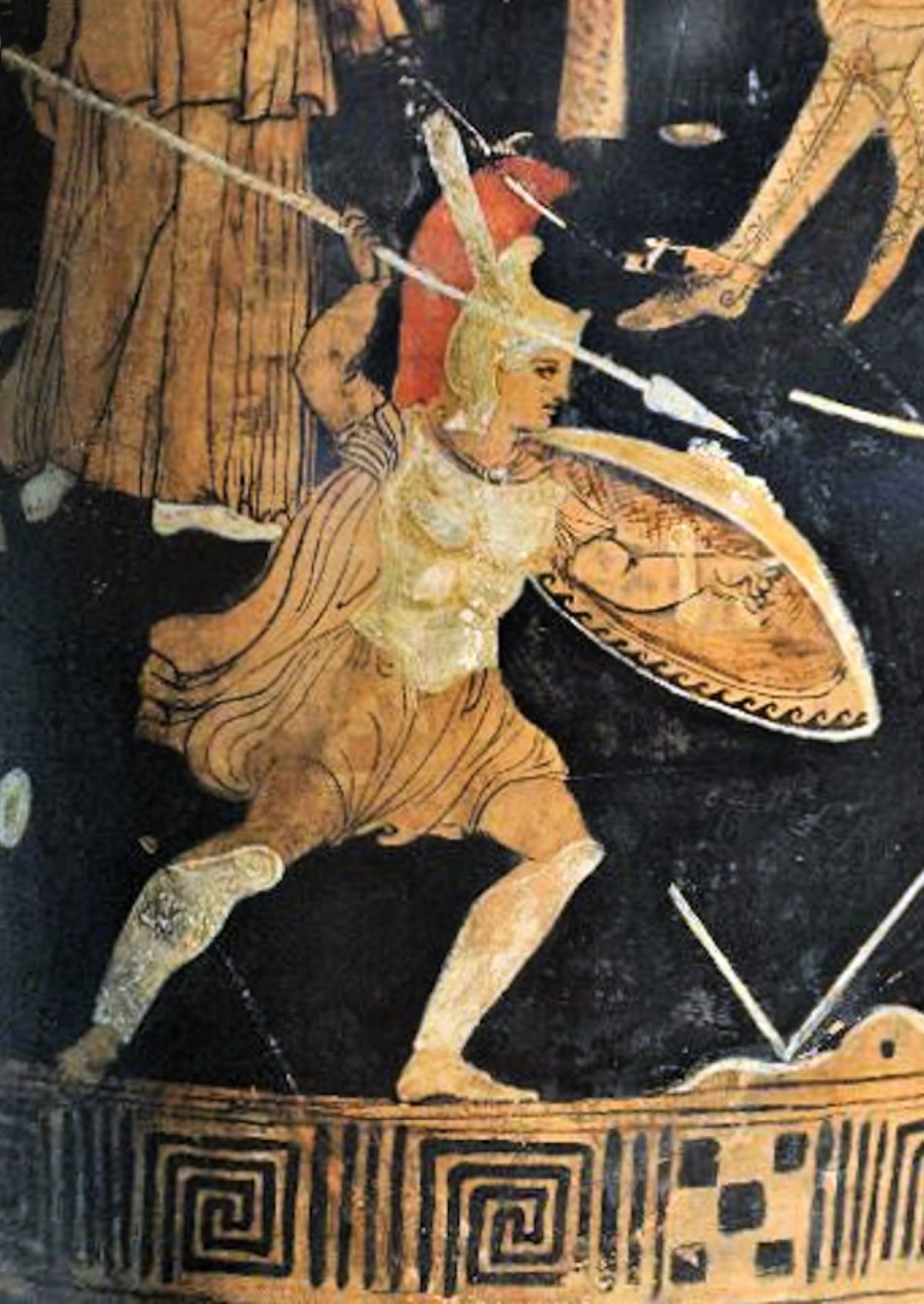 Long before Christopher Nolan was wowing audiences with expensive CGI and notions of thoughts being placed into minds via dreams, epic Greek literature was doing much the same. For those who need a brief refresher on the concept behind Inception: it is an action-adventure movie that centers around the notion that men, in the near future, can dive into dreams and interact with the dreamers in their dream, or in the case of the theoretical "inception", they could plant an idea which the thinker thinks is his own. The scene where two characters are talking about breaking into the dream of the wealthy heir of a corporate super-power in order to plant the idea to "break up his father's empire" follows:

EAMES
Arthur? You’re still working with that stick in the mud?
COBB
He’s a good point man.
EAMES
The best. But he has no imagination. If you’re going to perform inception, you need imagination.
COBB
You’ve done it before?
EAMES
Yes and no. We tried it. Got the idea in place, but it didn’t take.
COBB
You didn’t plant it deep enough?
EAMES
It’s not just about depth. You need the simplest version of the idea, the one that will grow  naturally in the subject’s mind. Subtle art.
COBB
That’s why I’m here.
EAMES
What’s the idea you need to plant?
COBB
We want the heir to a major corporation to break up his father’s empire.
EAMES:
See, right there you’ve got various political motivations, anti monopolistic sentiment and so forth. But all that stuff’s at the mercy of the subject’s prejudice; you have to go to the basic.

So just as these futuristic "mind-hackers" sought to place an idea in the mind of a corporate tycoon to break up his company by utilizing "the relationship to the father" (check the next line or two of script), so does the king of the gods in Homer's Iliad lack an equally subtle and perfidious device by which to affect a massively powerful royal tycoon. In fact, the ideas of Inception and Agamemnon’s dream are so similar, who knows whether cryptomnesia, conscious alluding, or even inception is responsible for the similarity?  Let us examine the evidence below.
Early on in Homer's Iliad, in the first lines of Book II, Zeus, king of the gods, lies awake at night wondering how to fulfill his promise to Thetis: how to glorify Achilleus and punish the Achaians because of Agamemnon's haughty actions. Because his wife Hera is one of the three gods fighting for and striving to destroy Troy alongside the Achaians, Zeus must act subtly in order to maintain his neutrality, but also definitively to honor his word to Thetis, Achilleus' mother.
Zeus has an insight: he will send a "false dream" down to Agamemnon--a dream which will counsel Agamemnon to act foolishly; and as Agamemnon is the war-chief (commander-in-chief) of the Achaians, if he is beset with a false or harmful idea, great will be the harm which befalls his men. Let us look at what the false dream counsels Agamemnon to do in the form of his trusted advisor, Nestor:

Dream listened to his word and descended. Lightly he came down beside the swift ships of the Achaians and came to Agamemnon the son of Atreus. He found him sleeping within his shelter in a cloud of immortal slumber. Dream stood then beside his head in the likeness of Nestor, Neleus’ son, whom Agamemnon honored beyond all elders beside. In Nestor’s likeness the divine Dream spoke to him: “Son of wise Atreus breaker of horses, are you sleeping? He should not sleep night long who is a man burdened with counsels and responsibility for a people and cares so numerous. Listen quickly to what I say, since I am a messenger of Zeus, who far away cares much for you and is pitiful.   Zeus bids you arm the flowing-haired Achaians for battle in all haste; since now you might take the wide-wayed city of the Trojans. For no longer are the gods who live on Olympos arguing the matter, since Hera forced them all over by her supplication, and evils are in store for the Trojans from Zeus. Keep this thought in your heart then, let not forgetfulness take you, after you are released from the kindly sweet slumber.” So he spoke and went away, and left Agamemnon there, believing things in his heart that were not to be accomplished. For he thought that on that very day he would take Priam’s city; fool, who knew nothing of all the things Zeus planned to accomplish, Zeus, who yet was minded to visit tears and sufferings on Trojans and Danaäns alike in the strong encounters. Agamemnon awoke from sleep, the divine voice drifting around him. (Iliad, 2.16-42)

Because Zeus must consider the will and retribution of his wife, Hera, he decides not to physically support the Trojans, nor to act explicitly or openly against the Achaians. He does something far more cunning, perfidious, and effective: he convinces Agamemnon that an Achaian assault will end in victory (possibly that day, though Agamemnon may later supply that detail with his dim thinking). Agamemnon therefore believes that his actions have the will of the gods on his side, so that even when his wisest counselor, Nestor--this time the real Nestor--gives lukewarm and fainthearted praise for Agamemnon's plan, Agamemnon is blinded by his take on the will of the gods.

Nestor, he who ruled as a king in sandy Pylos. He in kind intention toward all stood forth and addressed them: “Friends, who are leaders of the Argives and keep their counsel, had it been any other Achaian who told of this dream we should have called it a lie and we might rather have turned from it. Now he who claims to be the best of the Achaians has seen it. Come then, let us see if we can arm the sons of the Achaians.” (Iliad, 2.77-83)

Poor Nestor to have to fight under such a fool. He attempts to convince Agamemnon, through subtlety, that his plan is ill-conceived and incorrect by saying that "had it been any other Achaian who told of this dream we should have called it a lie..." suggesting that it is Agamemnon's position as king, and not the veracity or intelligence of his plan, which keeps Nestor or any man at all from opposing it. So even though the idea which Zeus' "dream" plants is not particularly deep, it is extremely simple--"attack Troy tomorrow and it will be destroyed." Agamemnon follows through with this plan, and Zeus' will is done. Inception.